Like the previous Hot Pursuit game, where the player selects one car and races against a time limit or other racers to reach a destination. Police chases have once again been integrated into certain racing sessions, in which the police employ vehicles and tactics to stop the player's car and arrest the player, like the previous game. The blacklist 12 represent the best of the best and the most wanted racers wanted by the cops in Musrhoom City. The names and cars are listed below but the required amount of races, milestones, or bounty, [including blacklist races] are not shown but each show how many you have to do to beat them. The catch is that you have to win all of them, not the majority of the races.

You play as Mario in this game, and you have to take down the The Blacklist 12 (similar to Most Wanted). They represent the best of the best and most wanted racers in Mushroom City. They include (not in order) Bowser, Wart, Cackletta, King Boo, Fawful, Petey Piranha, Bowser Jr., Wario, King K. Rool, Waluigi, and Birdo. The many things from the old game also return, such as destructible objects on the sidewalk and traffic, as well as a few buildings can be destructible. These are called Pursuit Breakers. They can be used to damage cop cars and they can even stop at the damage to try and help the civilians there. This will give you a great opprotunity to escape.

There are 3 districts of Mushroom City: Downtown, Toadtown Heights, and Industrial Zone.

Also, for the first time, there's a car collection element in the game. You can earn cash by winning races to buy more cars to drive. Cars come in various categories this time around by power and speed: Exotic, Tuner, Muscle Car, Sedan, SUV, Minivan, and Van. Cars must either be purchased at car lots or won by getting the pink slip to a Blacklist Racer's car.. Cars can be purchased at car lots for a certain amount of money. Not all of them are available or affordable for purchase at the beginning stages of Career mode and must be unlocked by defeating a certain Blacklist member. The cars also have unique stats, like the previous games.

If a vehicle is large and heavy, it is powerful enough to smash through traffic and police roadblock with ease, but it's not as fast. However, if a car is lighter and smaller, it is faster and has better handling, but is weaker.

Police pursuits may occur during a race or during free roaming through the city, depending on the frequency of the police units in the area and traffic offenses players have committed. The player can initiate a pursuit immediately from the game's safe house or menu by choosing an unfinished Milestone or a Bounty challenge. Milestones are acheivements you need to accomplish to move on. Bounty challenges are also required to be completed to get to the next Blacklist Racer. Pursuits can also be initiated by selecting an appropriate Challenge in the Challenge Series mode. Traffic offenses include speeding, excessive speeding, reckless driving, driving off roadway, damage to property, hit and run, ramming a police unit, and resisting arrest. The system is significantly more complex than the previous Hot Pursuit games. The manner in which the police handle a player is now determined by the "heat level" of the player's current car. Heat levels, which increase with the length of a police pursuit and the amount of damage caused by the player during the pursuit, add a twist to the pursuit. The higher the car's heat level, the more aggressive the police units are against the player, employing additional tactics and tools, such as roadblocks, spike strips, police helicopters and heavier and faster police cars such as police SUV's.

There is also a new system known as "Blacklist", where players can race with friends and people around the world. But the most unique thing about it is that you can compare your stats, how many times you've escaped the cops, how much damage you caused to property and how much destruction you caused in Crash Mode, and more.

Mushroom City is the largest city in the Mushroom Kingdom and the environment you can roam in in the game. 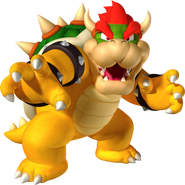 Bowser (Unlockable)
Add a photo to this gallery 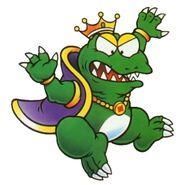 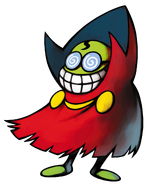 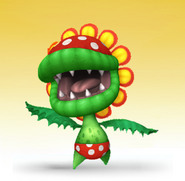 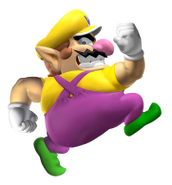 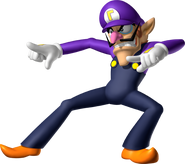 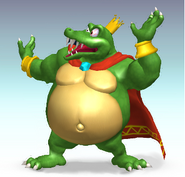 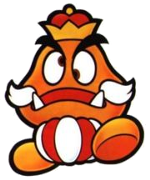 King Goomba (Blacklist #11)
Add a photo to this gallery

Audi R8
Add a photo to this gallery

Chevrolet Corvette
Add a photo to this gallery

Cadillac CTS-V
Add a photo to this gallery

Cadillac Escalade
Add a photo to this gallery

Chevy Silverado
Add a photo to this gallery

Volkswagen Routan
Add a photo to this gallery

Dodge Sprinter
Add a photo to this gallery

Best Buy is also promoting the game with an exclusive contest, where the grand prize winner will get both a copy of the game AND you get one of the cars seen in the game of YOUR choice for absolutely free. (you can only get the car if you are 16 and older AND have your driver's license).

Critics on IGN praised the games environments and the large car and character roster, but criticized that it doesn't feel much like a Mario Kart game as well as the lack of power-ups.

On October 20, 2012, Clover announced that a Mario Kart: Hot Pursuit 3 was intended, but the executives at Fantendo refused to greenlight it. So, a sequel ain't happening until Clover Entertainment can get it greenlighted.

On December 15, 2012, Clover Entertainment announced that the game is now once again in development, with suggestions made by PabloDePablo.