Mario Kart: Frozen Speeds is the tenth installment in the Mario Kart series. This marks the first game on two systems and the second to be developed by GalaxySoft Inc. The release date is currently unknown, as it is still in development. It is also a sequel to Mario Kart: Burning Drift.

Mario Kart: Frozen Speeds plays similar to all previous Mario Kart games. This game adds a story mode where the player must compete against the Snowmads and Bowser to save Circuit Breaker Island. Not much else is known besides the return of anti-gravity sections, hang-gliding sections, and underwater areas.

So far, only 13 characters have been revealed for the game. Two of these characters are newcomers (Fawful and Tuck), while the rest are returning. 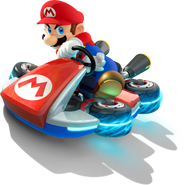 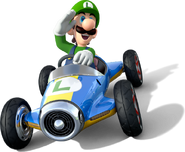 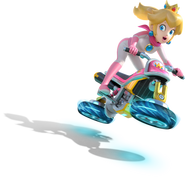 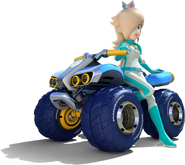 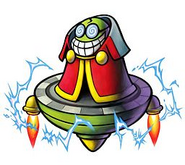 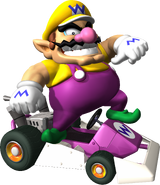 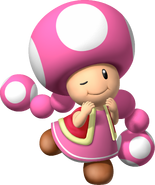 Mii
Add a photo to this gallery

16 courses have been confirmed; 8 retro and 8 nitro.

Retrieved from "https://fantendo.fandom.com/wiki/Mario_Kart:_Frozen_Speeds?oldid=2040966"
Community content is available under CC-BY-SA unless otherwise noted.