Mario Golf: Grand Tour is an upcoming sport game, the sixth installment in the Mario Golf (series) and it's going to be for the Wii U. The game is in development by Shooting Star Studios and Camelot Software Planning  with an unknown date at the moment. The game will have wi-fi capabilities, using Nintendo Network procedures.

The gameplay of the game is similar to past installments in the series. Players use the Wii U Gamepad to play this game using the buttons and the Touch Screen to play. Players can use the screen by tapping it to put the character ready to perform a shot and start charging. By sliding it the character will perform the shot. Buttons can also be used, it all depends on the player's desire and comfort. This discards the option to just change the selecting clubs, initiating shots and adding spin in the touch screen though. The player can use the screen or the Control Stick to change the shot trajectory while the character prepares their shot. There's also the impact zone feature. The Item Shots from Mario Golf: World Tour returns too, with a few new items. You can also customizeyour character with gears using Coins won in the game.

The Speed Golf and Mini Golf modes return from Mario Golf for the Nintendo 64. There's also a new mode called Maze Golf where players play in maze-like courses trying to find the hole in a determined amount of time. The time the player finishes this is what determines the number of Coins the player will win after the game. A Story Mode has also been announced and it will feature RPG elements like in past handheld installments. In this mode the player can use their Mii or one of the determined Mario characters for the story.

You are now also able to customize characters by unlocking their clothing or palette swap. Some of them can also be bought using Coins, others by buying exclusive future packs and others by scanning QR Codes with the Wii U Gamepad's NFC sensor. The same applies to Mii's customization, except this one doesn't contain gear unlocked with QR Codes.

This game along with Mario Golf: World Tour seem to follow the series' tradition on having both a handheld and home console game connecting with each other. The Wii U and Nintendo 3DS connectivity is shown in this game as well, using it to transfer characters from one game to another and vice-versa. Exclusive characters from packs will not be into this though (with the exception of both Rosalina and Toadette, who became unlockable characters in this game).

The game contains various returning modes as well as a new one.

These characters are available from the start of the game.

These characters must be unlocked first by doing a certain task to obtain them.

These characters can be unlocked by transfering them to the game by connecting Mario Golf: World Tour from the Nintendo 3DS with the Wii U.

Various items can be used during gameplay to affect the player's shots. Some return from the previous game and some are new.

A new addition to customize characters as well. Some characters obtain color palettes while others have costume changes. All alternate costumes must be unlocked by buying them with Coins obtained in the game or by scanning QR Codes with the Wii U Gamepad's NFC sensor. Others are included in DLC packs.

There is a variety of purchasable gear that can be used to customize the player's Mii that will affect their stats. The game will have 600 customizable gear items and some of them can be obtained in DLC packs. If a player equips a Mii with a full character gear set the Mii will play similarly to that character.

These can be bought in the game using Coins earned.

THese can be obtained by transfering them to the game by connecting Mario Golf: World Tour from the Nintendo 3DS with the Wii U. 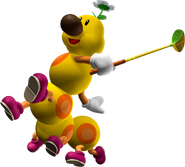 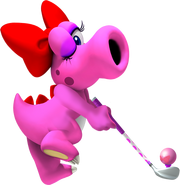 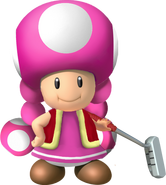 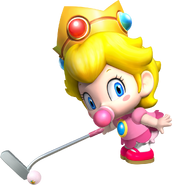 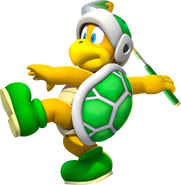 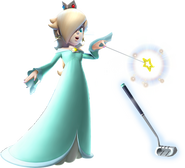 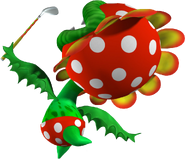 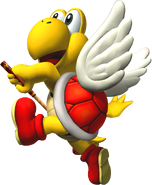 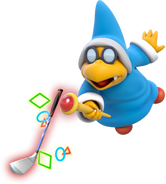 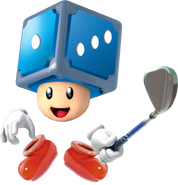 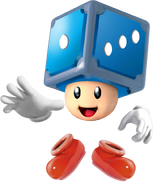 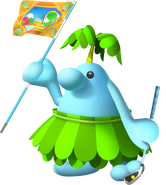 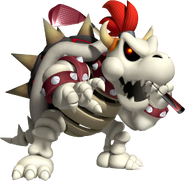 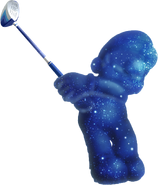 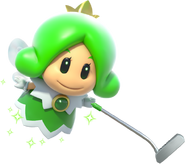 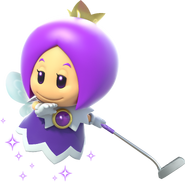 Purple Sprixie Princess.
Add a photo to this gallery

Retrieved from "https://fantendo.fandom.com/wiki/Mario_Golf:_Grand_Tour?oldid=2380257"
Community content is available under CC-BY-SA unless otherwise noted.