Marie is a character from Splatoon. Together with her cousin Callie, the two form a pop idol duo known as the Squid Sisters. Marie is more quiet and sassy compared to Callie.

She and Callie also appears to be the granddaughters of Cap'n Cuttlefish, as well as recruits for Cuttlefish's new Squidbeak Splatoon against the Octarians. Marie's alias is Agent 2.

During the events of Splatoon 2, Callie had been abducted and, unbeknownst to her, been brainwashed. Marie decided to recruit a young Inkling to help her rescue Callie, and even got Sheldon to provide for weapons.

Marie appears to be a tall Inkling with a more sultry and tired face. Marie has milk white tentacles with green tips, tied in a bow on the right side of her head, with the ends appearing out of her left side. She also has a large bang that points towards her right. Marie has large, downturned eyes with gold irises and goldenrod pupils, shaped like a four-pointed star. Her eye markings end in two small, eyelash-esque points, and her eyebrows are oval-shaped. Marie appears to have a mole on her right cheek. Compared to regular Inklings, Marie's ears are longer, more narrow and upturned. These ears are adorned with shiny, light silver earrings.

Marie wears a sleeveless black outfit with a reflective texture, as if it were covered in sequins. This outfit also ends in a short skirt (with a green underside), and has three green markings that resemble the cuts seen on grilled squid. With this outfit, Marie also wears black shorts, green tights, large white gloves and a neck accessory akin to a shirt collar. Marie also wears black leather shoes with green soles and a green, ring-shaped button on the outer side of the shoe's ankle section. Marie's hat, which she wears on the left side of her head, appears to be green and white, as well as ring-shaped, resembling a Calamari ring.

As a child, Marie wore more traditional Japanese clothing. Her tentacles were also much shorter, to the point that her forehead is more pronounced. Her early outfit appears to be a completely black Yukata kimono, with only a white polka dot on the bottom, wrapped with a lime green obi sash. She also wore black zōri sandals with it, which had purple thongs. Marie also wore an accessory that appears to be a smaller version of her hat on her left tentacle.

One Splatfest artwork featuring a child Marie had her in a different kimono, being white with a chartreuse and navy clam pattern, and her ring accessory being dark purple with a green tint.

As Agent 2, Marie wears a green outdoors cap with an orange logo, as well as a wite mouth mask, and what appears to be a green shirt.

Marie appears to be quieter and not as excitable as her cousin Callie, and usually only gives a half-smile, if at all. She can be a little sarcastic from time to time, and a little prone to complaining, but is usually in a good mood. Overall, Marie is laid-back and friendly. Marie is also good at impressions.

She isn't a fan of overly-thrilling activities, and can even be somewhat lazy. She also doesn't seem to like tomatoes.

When anticipating a special announcement (such as a Splatfest theme), Marie appears to be repeating herself in excitement.

Marie's preferred weapon type appears to be the Charger, and likely uses a Hero Charger as Agent 2.

Marie appears as a playable character in Jake's Super Mario Kart. She appears alongside Callie as a representative of the Splatoon series.

Marie appears as a playable character. Her other form, Agent 2, is also playable.

Marie appears as a playable character in Mario+Splatoon: Kingdom Splat. she uses the Splat Charger as her weapon.

Marie appears in Nintendo & Fantendo Play: Dodgeball! as part of the Red Faction, the team consisting of Nintendo characters.

Marie and Judd, playing on their New Nintendo 3DS

Marie in an Octo Uniform (with Hypnomask)

Marie in an Octo Uniform (with Hypnoshades) 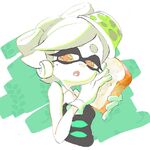 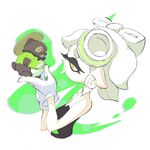 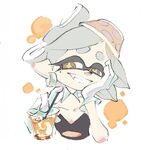 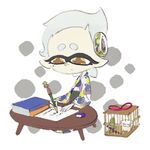 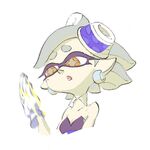 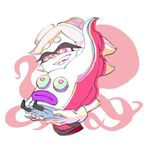 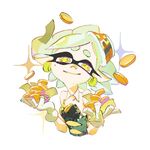 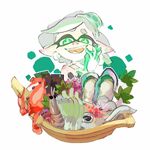 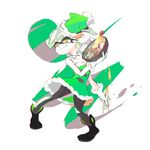 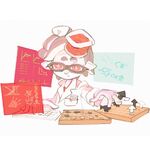 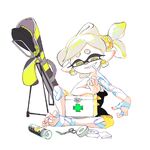 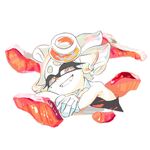 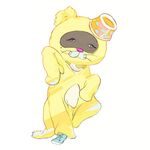 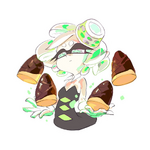