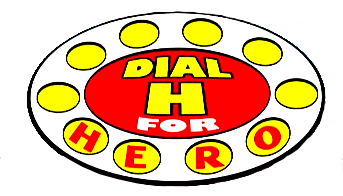 Man-Bag is an alternate form of the Player in Dial H for Hero: The Videogame. The character was created by Monstermanchego to be in the game.

After a brief battle with the aliens as Giantboy once they first appear on Earth, the player is captured and awakens in a high-tech laboratory. The player activates the H-Dial, discovering that they can now transform into new hero forms at will, starting with Man-Bag. As Man-Bag, they devour some alien enemies who ambush them, and transform into one of the aliens. Man-Bag is able to escape the base in this disguise, and once it leaves the base it transforms back into the player, who decides they must stop the alien menace before they conquer the Earth.

Man-Bag is a large, human-sized brown paper bag with the big, orange, bold letters "MB" on the front of it, as well as two little black pupils for eyes.

Retrieved from "https://fantendo.fandom.com/wiki/Man-Bag_(Dial_H_for_Hero)?oldid=1812395"
Community content is available under CC-BY-SA unless otherwise noted.