Link is a playable character in Super Smash Bros. Calamity. Link is the Hero of Time, one of Hyrule's greatest defenders. He is usually saving his homeland and Zelda from the powerful, evil boar sorcerer, Ganon from receiving the other pieces of the Triforce. Link wields the Master Sword, a powerful sword that is the bane of all evil's existence.

Alternate side smash when it is uncharged, which is weaker.

New down tilt, a crouching stab similar to his crouch attack in The Legend of Zelda: Adventure of Link, which deals less damage and does not semi-spike opponents.

Link can now use the bombs he gets out to combine them with his neutral special to make Bomb Arrows, which travel farther, faster, and deal more damage.

Alternate grounded Spin Attack animation, which is just one spin around with his sword that leaves a sparkling trail. 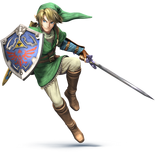 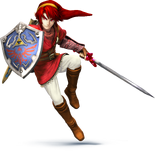 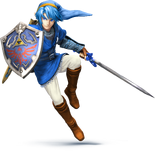 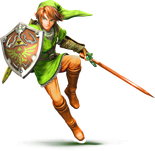 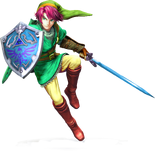 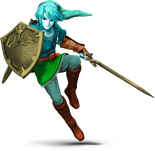 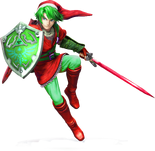 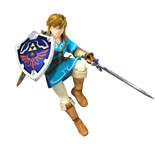 Retrieved from "https://fantendo.fandom.com/wiki/Link_(Calamity)?oldid=2568041"
Community content is available under CC-BY-SA unless otherwise noted.