Lantern Ghosts are an enemy in the Yoshi Series. They are a cloaked subspecies of Shy Guys

They hate the light and dislike the dark. However they always carry a Lit Lantern.

You can be killed in two ways: getting stomped on and eaten.

There First Appearance was here as a basic enemy.

He is a character in Mario Party Advance

They will swing their lanterns at foes doing damage and leaving behind leaves. 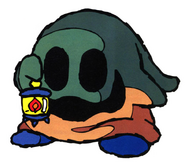 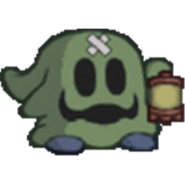 Art on a Mountain
Community content is available under CC-BY-SA unless otherwise noted.
Advertisement