Lady G. Koopa (or Koopa Gaga) is one of Bowser's Koopalings who first appeared in Ultimate Mario Party U, she is named after Lady Gaga. She was born between Jackson Koopa and Morton Koopa Jr.

Lady is rather harsh and is really cruel to her siblings and the Mario bros. Lady is vary two-faced and is jealous of most of her siblings- mainly the ones that are older than her. She loves colors like teal, green, yellow and blue. She can be a bit crazy and weird sometimes. She is best friends with Larry and Jackson making them a trio of friends (Lady was born 10 minutes before Jackson)

Lady is a Koopaling that largely resembles Larry, she however has large pink lips. Lady has blonde hair that she styles in a certain way. Lady has a teal shell lined with a white encasing, with spikes on her shell lined with green rings. She has a very baby-like facial structure being, similar to Wendy. Her eyes are ice-blue and she has a large pair of black sunglasses.

Relation with other characters

Lady really likes her dad, she loves how mean he is to the mario bros and hopes to be like him one day. Lady is described as a "Daddy's Girl" by some of her friends and family.

Lady looks up to Lavora and the two are very good friends, Lady often goes to Lavora for advice and she usually goes to her for tips in music and hair styles.

Lady hates how Pyotr is mean to her, he is always mocking her outfits.

Lady doesn't like Gyro because he is older than her and is set to be king before she is. Lady treats Gyro like a slave and not a sibling.

Lady hates Ludwig because Bowser shows more affection towards him than her, but Lady and Ludwig have been shown to be friends on several ocasions.

Lady (like most koopalings) loves Lemmy's circus acts but sometimes thinks he's not serious enough to fight the mario brothers.

She is unlocked after playing as Larry on Sunburn Beach or play as Jackson on Jewelry Land.

Lady along with Baby Lady and the other Koopalings are unlockable characters. Lady is unlocked by playing every time trial as Larry or by coming first in one battle with Jackson. 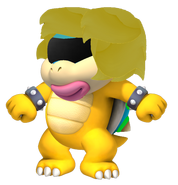 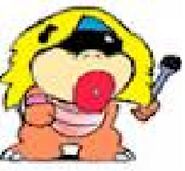 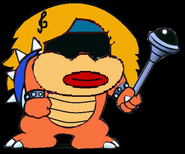 2D art from The Koopalings Project (By SuperToadMan (t∣b∣c))
Community content is available under CC-BY-SA unless otherwise noted.
Advertisement