Koopatrols are uncommon enemies in the Mario series. They are high ranking Koopas in armor. Only five Koopatrols have been known to have names, Basilisx, Koopinator, Spiky John, Spiky Tom and Calypso .

The Koopatrols return as the elite soldiers of Goomboss in Goomsday Wii. They appear to be excellent trackers, being sent to hunt down Waluigi. They appeared at least once in every level, attempting to destroy you. 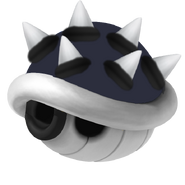 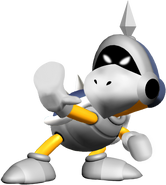 3D artwork by ShadowMaster9000
Add a photo to this gallery
Retrieved from "https://fantendo.fandom.com/wiki/Koopatrol?oldid=2908367"
Community content is available under CC-BY-SA unless otherwise noted.