Start a Wiki
Koopa Link is a game by AgentMuffin (t∣b∣c) and Pokeyfan49 (t∣b∣c) for the Display. It is a crossover between the Mario and Zelda universes, and plays like a top-down Legend of Zelda title.

In the game, Link must complete many treacherous randomly-generated dungeons and defeat bosses from both universes. He also uses a powerful talisman to transform into Koopa Link, giving him all the abilities of a Koopa Troopa.

Bowser has suffered one too many defeats at the hands of Mario and Luigi, so he has decided to move on to greener pastures. He and his Koopa Troop chance upon the land of Hyrule, where a powerful magician named Ganon lives. Bowser and Ganon join forces, and Hyrule is plunged into chaos.

The only person who can save the day is Link. Seeing the challenge that unfolds ahead of him, he is quite intimidated. However, this is before an old, wise Koopa by the name of Koopa Koot gives Link a strange amulet.

The game has various modes of play. Story Mode has Link advance through 20 randomly-generated dungeons which vary in theme, length, difficulty, and terrain. In every fifth dungeon, Link must fight a boss. The bosses are chosen in a randomly selected fashion, bar Dungeon 20 which always features Bowser & Ganon as a tag-team final battle. In addition, bosses cannot be battled more than once in a single playthrough.

Many dangerous traps and enemies await Link in the dungeons. Most prominent are Bowser and Ganon's combined forces, who appear in most of the rooms. Some of the enemy characters from both series have equivalents: for example, Boo and Ghini are often found together. When two equivalents are in the same room, they can team up to perform a Linked Attack. 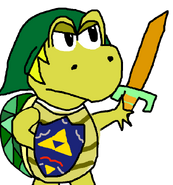 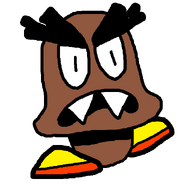 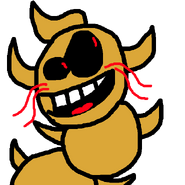 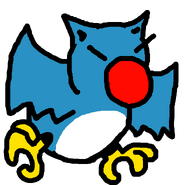 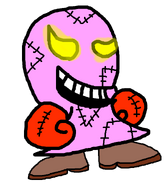 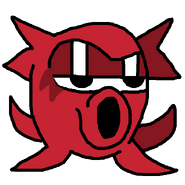 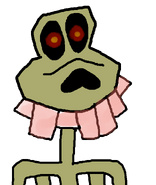 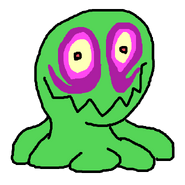 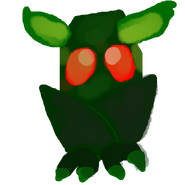 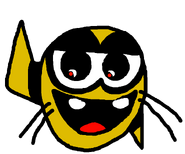 Baby King Pokey
Add a photo to this gallery
ninkancho
Retrieved from "https://fantendo.fandom.com/wiki/Koopa_Link_(game)?oldid=2416829"
Community content is available under CC-BY-SA unless otherwise noted.