Super Koopa Kart is the first installment in the Koopa Kart series, releasing for the Super Nintendo Entertainment System in May 1994. It features twelve playable characters: Koopa Troopa, Paratroopa, Hammer Bro, Dry Bones, Goomba, Bowser, Chargin' Chuck, Monty Mole, Shy Guy, Cheep Cheep, Buzzy Beetle, and Spiny. It also features eight items: the Green Shell, Red Shell, Star, Banana, Mushroom, Lightning, Poison Mushroom, and Feather, the first six of which have appeared in every Koopa Kart game, the seventh one takes a break until it returns in Koopa Kart Wii and appears in every installment since, and the last one is only seen in this installment.

Koopa Kart Advance came out in July 2002 for the Gameboy Advance as the third installment in the series. There are no new characters in this game, although it features a new item known as the Triple Banana, temporarily replacing the Banana Bunch from Koopa Kart 64 until its return in Koopa Kart Wii and appears in every installment starting from this one.

In September 2004, the fourth installment, Koopa Kart: Double Trouble!!, was released for the Nintendo Gamecube. It is currently the only Koopa Kart game to have two racers per kart, as well as Special Items. Nine new characters are added in the form of Bowser Jr., Petey Piranha, King Boo, Doopliss, Popple, Cackletta, Fawful, Sumo Kong, and Wiggler. The game introduces twelve new items: the Green Paratroopa Shell, Paratroopa Shell, Heart, Spiny Shell, Buzzy Beetle Shell, Blue Shell, Yellow Shell, Bowser Shell, Giant Banana, Fireball, Chain Chomp, and Bob-omb, the last of which has been in every installment since while the first eleven are only seen in this installment. 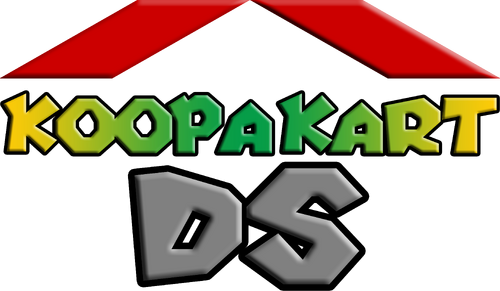 Koopa Kart DS was released in August 2007 for the Nintendo DS as the fifth installment in the series. It has Mission Mode, which is a series staple as of this game. It also introduces two new items: the Blooper and Bullet Bill, both of which have been in every installment since. Two new characters are introduced: Karate Kong and Ninja Kong. 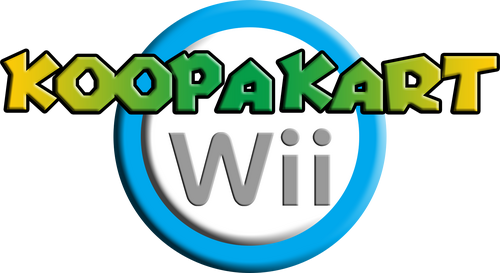 The sixth installment for the Koopa Kart series, Koopa Kart Wii, was released for the Nintendo Wii in June 2010. It introduces motorbikes and increases the amount of competitors on the track from twelve to sixteen. Six new racers are introduced to the mix: Blue Spiny Koopa, Lakithunder, Shadow Queen, Dimentio, Dry Bowser, and Dread Kong. It also features three new items: the POW Block, Mega Mushroom, and Lightning Cloud, all three of which are only seen in this installment. The Poison Mushroom and Banana Bunch from the first two installments make their triumphant return in this game and appear in every installment since.

Koopa Kart 7 was released in April 2014 for the Nintendo 3DS as the seventh installment in the series. It introduces air gliding and underwater driving. Twelve racers compete once again instead of sixteen, much like the first five installments. It features six new items: the Gold POW Block, Super Mega Mushroom, Lakithunder Cloud, Fire Flower, Super Leaf, and Lucky Seven, the first three of which replace the items introduced in Koopa Kart Wii. Four new characters are introduced: Gooper Blooper, Pokey, Funky Kong, and Count Bleck.

Koopa Kart 8 is the eighth installment in the series released for the Wii U and Nintendo Switch in March 2017, making it the first Koopa Kart game to be released on more than one console. It introduces anti-gravity driving and a new type of vehicles in the form of ATVs. It introduces four new items: the Boomerang Flower, Hammer Flower, Piranha Plant, and Crazy Eight. Eight new characters are introduced: Princess Sasha, Baby Sasha, Flame Chomp, Deep Cheep, Spike Top, Bowsette, Koopa Kidette, and Parabones.

The table shows the appearances of all items by game.

The table shows the appearances of all racers by game.