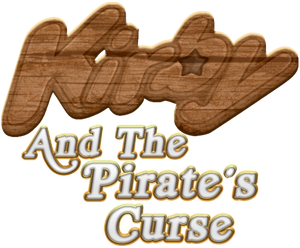 Kirby and the Pirate's Curse is a 2.5D platformer developed by Crash Co. and released for the Nintendo Switch, Pharo, and Enigma. It is the thirteenth game in the mainline Kirby series following Kirby: Star Allies, as well as the second one to be released for Nintendo Switch. As the name suggests, the game has a pirate theme, similar to how Kirby: Planet Robobot has a futuristic, technology theme. Several gameplay mechanics and modes introduced in earlier titles are also slated to return.

The game opens on Dream Land, where Kirby, King Dedede, and Bandanna Dee are walking around Dream Land, following a treasure map that Kirby found. It leads the trio to a large cave, and inside they find a large treasure chest. Kirby is about to open it, but is quickky stopped by Meta Knight, who flies in front of Kirby to stop him, thinking that it may be dangerous. Dedede pushes the warrior out of the way and smashes the lock on the chest off with his hammer, then Kirby and Bandanna Dee both open the chest. Inside are several dabloons, diamonds, and gems. However, Kirby is most interested in a glowing, yellow tomato, which he immediately eats. This, however, causes the treasure to start shaking, revealing the spirit of the pirate king, Skullbeard. He is enraged at the group for finding his treasure, and he uses his magic to curse the land. Soon after, a large tidal wave sweeps in and covers the area in water. Kirby barely makes it to the surface for air, and sees that Skullbeard is now on a large, black pirate ship, holding a stunned King Dedede, Meta Knight, and Bandanna Dee in a cage. Kirby swims to a nearby island, hoping to catch the pirate king, save his friends, and rescue Dream Land once again.

When Kirby reaches Ranchy Ruins, he encounters a mysterious woman on a Halberd-themed ship. She reveals herself as Lady Loch, Captain Skullbeard's right-hand woman and first mate. Just as she leaves to help her captain on his voyage for treasure and control, a possessed Meta Knight, named Meta Pirate, battles Kirby. After this, Meta Pirate ends up being defeated, restoring him to his original state. Kirby and Meta Knight then follow Lady Loch, hoping she will take them to Skullbeard.

The two eventually follow Lady Loch into Haunted Hummus. Among the sunken ships, the duo find Lady Loch sailing the water with one. The two confront her, taking out the ship's crew. Annoyed, Lady Loch threatens Kirby and Meta Knight, saying she will have them hanging on Skullbeard's wall if they step further. They ignore, and Meta Knight swoops in for an attack while Kirby kicks. She dodges both attacks, and whistles. This summons a beast from the water, who jumps onto the ship. The beast is shown to be King Dededusa, a possessed King Dedede. Lady Loch then jumps onto a nearby, smaller ship, which takes off into an icy tundra. Then, Dededusa battles the duo. He is eventually defeated, and Dedede agrees to use his strength to help Kirby and Meta Knight. The trio then chase down Lady Loch.

Much like previous mainline Kirby titles, Kirby and the Pirate's Curse is a 2D platforming sidescroller. The player can select between four different characters, each with with their own mechanics and playstyles, between levels - Kirby, Meta Knight, King Dedede, and Bandanna Dee. For the most part, these characters share similar traits, such as climbing up grates, carrying heavy objects, and jumping multiple times in midair. Each have their own abilities however; for example, Kirby can inhale enemies and copy their abilities much like past games, while King Dedede is able to summon helpers after defeating enemies, much like in Kirby Super Star and Kirby Super Star Ultra. The player has a health bar, which will deplete as they take damage. Once the life bar is empty or the player falls into an abyss, a life will be lost, and losing all lives will result in a game over. The player can replenish help by finding food, a Tomato that replenishes 50% of the health lost, a Maxim Tomato that replenishes all lost health, and the new Salty Tomato that slowly replenishes health as time passes.

Slight changes have been made to the game's mechanics as well. When Kirby has a copy ability and gets hit by an enemy, the star no longer needs to be inhaled to retrieve the ability; the player simply needs to touch it before it disappears. By extension, stars will now begin bouncing around if Kirby is hit underwater, rather than simply disappearing.

New to the series is the ability to pilot ships, which are found in several levels similar to the Hypernova ability in Kirby: Triple Deluxe and the Robobot Armour in Kirby: Planet Robobot. When the player boards a ship, it will automatically sail across the sea, and the player has free movement aboard the ship. There are multiple ships to select from, each with different designs and abilities, though ultimately each ship will arrive at the same destination. Kirby can use the ship's abilities to smash through obstacles, ride tides, and destroy enemy ships. The ship has a health bar as well, and will have the player start over the section of the level if it is destroyed.

The game is divided into eight levels, a ninth boss-only level, and a secret level. 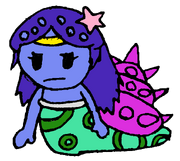 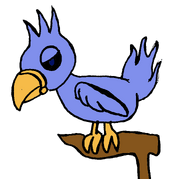 Polly Roger
Add a photo to this gallery 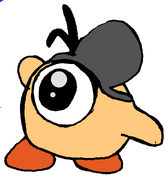 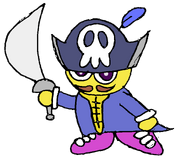 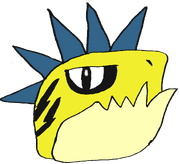 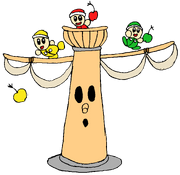 Salty Woods and the Poppy Pirates 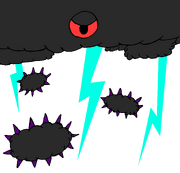 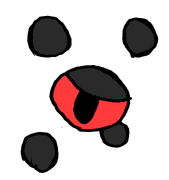 King Dededusa
Add a photo to this gallery 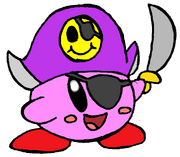 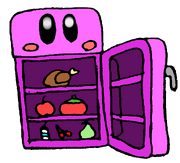 Refrigerator
Add a photo to this gallery

Retrieved from "https://fantendo.fandom.com/wiki/Kirby_and_the_Pirate%27s_Curse?oldid=2839724"
Community content is available under CC-BY-SA unless otherwise noted.