After a long day, Kirby decides that it's time to finally enjoy his stay at the Popopo Islands, however, back at Necro Nebula, which has been thrown into ruins, the Skullseer has found out how to speed up Skully evolution, now that he upgraded the Skullys, The Skull Gang resurrect Necrodeus with a ritual, and now the Skull Gang is stronger than before! Necrodeus finds his staff and splits Kirby into 10 yet again, now Kirby has to yet again go on a deadly adventure to defeat Necrodeus and build up a Kirby army, will he turn back into one? 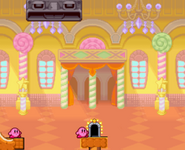 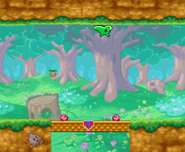 Add a photo to this gallery
Retrieved from "https://fantendo.fandom.com/wiki/Kirby_Mass_Attack_2?oldid=2982141"
Community content is available under CC-BY-SA unless otherwise noted.