Kirby: Attack Form+ ("Kirby: Formation Strike" in Japan) is a Kirby game for the Nintendo 3DS. It is preceded by Kirby: Planet Robobot.

A mysterious ship has covered Popstar in darkness! Can Kirby and his friends stop it before the Sun and Moon die out?

Kirby and King Dedede are about to fight at Castle Dedede when Meta Knight interrupts and points towards the sky. A giant airship is seen floating above Dreamland. King Dedede calls Bandanna Waddle Dee to help him, and Dee tells the Cannon Dees to attack the ship.

The cannons fire and the blasts are sent back as darkness balls. The Cannons turn into Shotsos, the Waddle Dees turn into Dark Dees and the Castle turns into a darkness infested place. The four heroes barely escape on a Warp Star.

The Warp Star gets shot down and causes the four heroes to land at one end of Popstar.

The heroes make it to Castle Dedede and are fought by Corrupted Kabula, but she is easily taken down by Kirby and Friends. They run into the castle and remove the darkness from Mr. Shine and Mr. Bright, and therefore the Sun and Moon. A beam appears from the sky, and the heroes are taken onto the ship.

After destroying the main power supply, Lololo and Lalala, the ship ejects the four out. The go through Rippling Raindrops and fight Kracko, who drops a cannon that blasts the heroes back onto the ship.

They defeat the final guard, Liquord, and get to the main quarters. There, they fight the Galaxy Protector, but once he is down to 1/3 health, he forms an impenetrable sheild, and turns into the Galaxy Guardian.

Play as Kirby as you go through Popstar activating the Light Crystals. Fight 15 bosses and stop the alien invasion.

Play as Meta Knight through the main story, fight special X+ bosses, but be on the look out for a powerful opponent.

Play as King Dedede through the main story, fight special X+ bosses, and watch out for a returning foe.

Prove your power and play as Bandanna Waddle Dee through the main story. Be weary of doubtful others trying to hinder your progress.

Fight nostalgic bosses and mid-bosses from previous games. Choose your ability for a true BLAST!

Fight all the bosses and mid-bosses from Story mode with a Golden Waddle Dee thrown in there. The combatants are in a random order except for the last 2.

This Stage has 4 main levels and 1 extra level. The boss of this stage is Whispy Woods. 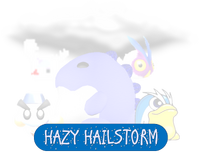 This stage has 4 main levels and 1 extra level. The boss of this stage is Ice Dragon.

This stage has 5 main levels and 1 extra level. The boss of this stage is Leatopo.

This stage has 5 main levels and 1 extra level. The boss of this stage is Acro.

This stage has 5 main levels and 1 extra level. The boss of this stage is the Crystal Guardian.

This stage has 6 main levels and 2 extra levels. The bosses of this stage are Mr. Shine and Mr. Bright.

This game, like Kirby 64 and Kirby for Switch, allows you to mix certain abilities.

Retrieved from "https://fantendo.fandom.com/wiki/Kirby:_Attack_Form%2B?oldid=2436690"
Community content is available under CC-BY-SA unless otherwise noted.