King Bills are gigantic Bullet Bills and may be the leaders of the Bullet Bills. King Bills first appeared in New Super Mario Bros. Wii on the secret World 9. They only appeared in World 9-8 where they tried to crush Mario. To get away from a King Bill, Mario had to use a Propeller Mushroom to fly over him or use a Mini Mushroom to duck under him. Unlike other Bullet Bills, as Mario moves around the screen, King Bills' eyes follow Mario around. Also unlike, a King Bill moves at the locations where Coins in Bullet Bill patterns is made (the patterns are so made that they count on facing direction and appearing location). Like the Banzai Bills in Super Mario World, they appear out of nowhere. King Bills are not found much in New Super Mario Bros. Wii.

in New Super Mario Bros. Omega, a King Bill was a castle boss in World 6, Crumble Canyon. Here, it was shot to chase down Mario and company, and fast Bullet Bills randomly appear to help him. The King Bill could only be defeated by being hit by Thwomps, which only appear there when pressing a ? Switch, which the gang bypasses during the chase.

King Bill made another boss appearance in RedYoshi's Universal Conquest. It is the eleventh boss of the game. It is battled at the Bullet Base Galaxy, in the mission "King Bill's Bullet Bang." When RedYoshi lands on the final planet of the mission, he will find a giant Banzai Bill Blaster, along with three regular Bill Blasters to its left and three to its right. Then King Bill will appear, but he will not shoot out of the Blaster until later in the battle. The battle starts with three Bullet Bills being shot at RedYoshi. RedYoshi must eat one of them and spit it out at King Bills. After being hit by seven Bullet Bills, King Bill will be launched out of its Blaster and follow RedYoshi around. RY will be damaged if he stops running and collides with King Bill. Bullet Bills will continue to be shot out of the Blasters by King Bill's Blaster. RedYoshi must eat a Bullet Bill and spit it at King Bill out like normal. But RedYoshi needs to be a good distance away from King Bill in order for it to be hit. He must repeat the process one more time to deal the final blow which defeats King Bill. After the battle, RedYoshi is granted a Power Star.

Paper Mario: The Shards of Time

Here, King Bills appear as a fairly rare enemy. They are fired out of King Bill Blasters, as are other Bullet Bills.

Two King Bills (sans King Bill Blasters) accompany Emperor Brutus (who himself is a larger, mustachioed King Bill wearing a cape and a crown) during the boss battle against said foe. 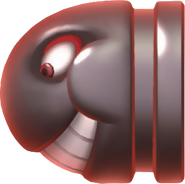 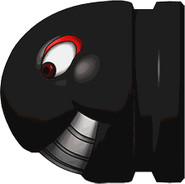 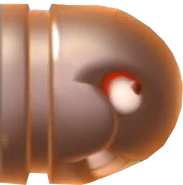 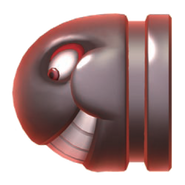 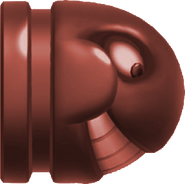 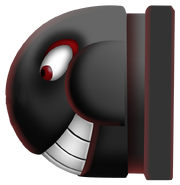 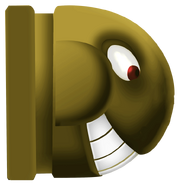 A King Bill compared to Mario 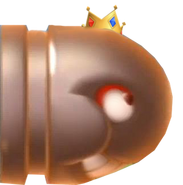 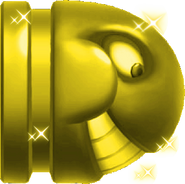 Gold King Bill
Add a photo to this gallery
Retrieved from "https://fantendo.fandom.com/wiki/King_Bill?oldid=2496735"
Community content is available under CC-BY-SA unless otherwise noted.