Fantendo - Game Ideas & More
Register
Don't have an account?
Sign In
Advertisement
in: Free to use Characters, Characters, What is the New Fantendoverse?,
and 13 more

Kimbra Blowfish is a character created originally for the chat roleplaying game SUNSET and SUNSET: Dawn of a New Day. She was later introduced into the Fantendoverse. Kimbra is a utterly despicable character with possibly no moral code. She is known for her flirtatious nature and her large family, which she is seen trying to sell as slaves.

Kimbra is a hispanic woman with dark red spikey hair, which is adorned with a pufferfish that is dead. She is either in a causal orange hoodie or a striking orange dress. When she lapses into insanity, her hair and pufferfish get darker and more dead looking while her eyes get crazier and crazier looking.

Kimbra only cares about herself and will use anyone to get what she wants. Although she is rather flirtatious, she does not actually care about her relationships with people and is simply using them to make children to sell as slaves. It is has been shown that she also somewhat insane and when she is cut off from doing what she wants she begins to progress through stages of insanity that causes her to murder people, which then calms her insanity.

SUNSET: Dawn of a New Day 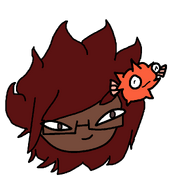 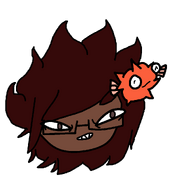 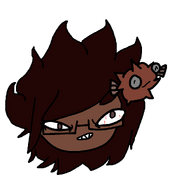 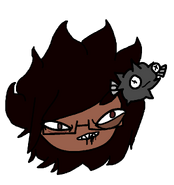 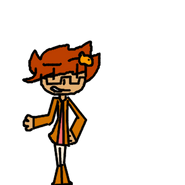 As she appears in Fantendo Smash Bros. Magma
Community content is available under CC-BY-SA unless otherwise noted.
Advertisement