Start a Wiki
Keeby is a yellow member of Kirby's species, who is often used as a Player Two for Kirby.

Keeby sort of looks like Kirby, except he has a yellow body and orange feet. He can inhale just like Kirby!

Keeby appears as a teammate in this game, behaving exactly like Kirby. However, he has higher batting and lower pitching skills than his pink counterpart.

The creator revealed he was originally going to have Keeby be Kirby's sub-captain, however he thought them too similar. It should also be noted that Keeby is known simply as Yellow Kirby in the Japanese version.

Keeby is the second player in the game. he is faster than Kirby and he can use the copy ability.

Keeby is a playable character in Kirby's Return to Dream Land and Kirby and the Amazing Mirror. 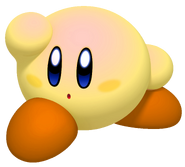 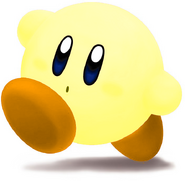 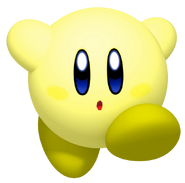 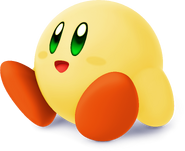 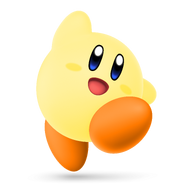 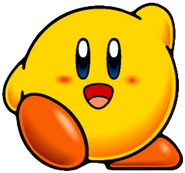 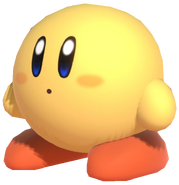 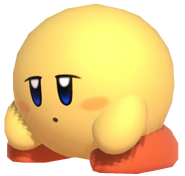 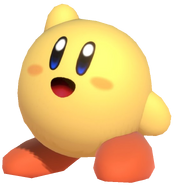 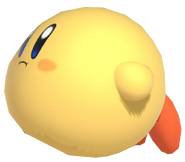 Add a photo to this gallery
Retrieved from "https://fantendo.fandom.com/wiki/Keeby?oldid=3118763"
Community content is available under CC-BY-SA unless otherwise noted.