The Jybble Squad are a group of Slimes with similar sounding names. They tend to just wander around the Fantendoverse getting involved in minor jobs to keep the cash flow going. Although fairly inexperienced in fighting and not fully understanding their abilities they do occasionally come into conflcit and must rely on their ability to hold together and form a giant slime to ward of enemies.

All five slimes are fairly small and each seem to have a distinct colour to them, Jobble is comprised of two distinct colours due to him being in fact two slimes permanently fused together. They have a varying number of eyes although this has no correlation to them in any regards other than for easy differentiation.

Jebble is the largest of the group and has a long slug-like body, he is blue in colour and has some sort of seed lodged in his head with stems growing out of it. Apparently it is his pet planet which he calles Kebble. Jebble has five light blue eyes and has small whispy bits of slime which he claims is his beard.

Jabble has a large bulbous body with a slight slime trail and a large ponytail, she is red in colour. Jabble has three orange eyes and wears a Turquoise jacket although it seems to have no purpose other than she likes wearing it.

Jibble is the smallest of the group and has a short, stubby body. She has a green body although the lower half becomes more turquoise in colour and is much more solid in appearance. She has two light blue eyes and wears a pink-bow on her left ear, she seems to try to replicate a bunny.

Jubble is slightly larger than Jibble although has the same body shape as her. Jubble is the only one of the Jybble Squad with noticeable arms and her body is pink in colour. She has pruple "hair" although similar to Jibble's turquoise base this seems to just be concentrated slime forming a more solid material. She has four purple eyes.

Jobble is rather strange in that he is in fact two slimes that were permanently fused, Jobble used to be Jobble & Jybble, the namesake of the squad although the two were fused and Jobble's personality became the dominant of the two. Jobble has a yellow top body which has three hair-like structures and a frilled base, his bottom is a long serpentine body which is orange in colour. He has a singular "8" shaped eye with a red-purple iris which is the result of Jobble & Jybble's fusion.

Jebble is not the brightest, even among slimes he is considered an idiot, he seems to just follow the orders of Jabble although has to be reminded frequently of what he's doing, he is surprisingly well-versed in botany and go on extensively for hours about plants. Some suspect that Kebble, the plant growing in his head is influencing him explaining this strange undertsanding. Jebble describes himself as a self-professed professional gardener although Kebble is the only plant he's ever tended to.

Jabble is by far the leader of the group, she often makes her presence known with her booming voice with is rather surprising given the lack of vocal chords slimes have. Jabble likes to order the others around and keep them busy and would probably also be considered the toughest of the group as she can reflect physical attacks much more proficiently than her friends. Jabble and Jibble tend to describe themselves as sisters despite not being genetically related, this is due to Jabble often protecting Jibble and the two often co-operating the best out of the group.

Sometimes referred to as the "Baby" of the group, Jibble is the most immature and childish although follows Jabble to the letter because of how much she looks up to the older slime. Jibble often acts cutesy around strangers and although shows her more intelligent side when she's talking to friends she is surprisingly shy overall and tends to have difficulty talking to people she doesn't know very well. Jibble will immediately break down into tears if someone takes her bow.

Jubble likes to think of herself as a rebel and often argues with Jabble about who's in charge, Jubble often tries to act cool and will try and do things on her own and often goes off exploring especially for the sake of defying Jabble's orders. Although Jubble can be divisive she is incredibly hard working and often ends up being the main source of income for the group. Jubble secretly has a crush on Jabble but is unsure if Jabble feels the same way.

Possibly the strangest member of the group, Jobble's a bit of a strange one as he and Jybble semi-frequently swap which personality is in charge, although Jobble is usually in charge.

Jobble himself is a very friendly individual and often likes meeting new people and befriending anyone and anything he can. Jobble is also a bit of a walking encyclopedia as he seems to know a lot about pretty much anything and the others usually consult him on where things are and what things might be.

Jybble is a rather noticeable difference from Jobble and is described as a bit of a sweet talker and a poet. It would seem that where Jobble is a walking encyclopedia, Jybble is a walking thesaurus and comes up with words the others aren't even sure exist. Jybble seems to swoon over anyone Jobble's talked to although often to little success and often resulting in Jobble having to explain his condition. 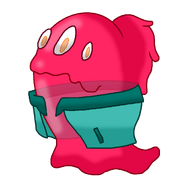 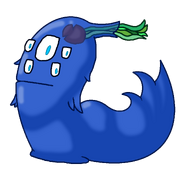 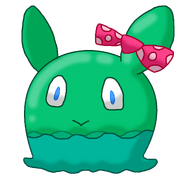 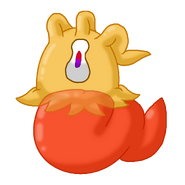 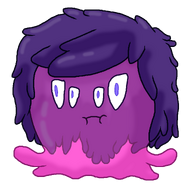 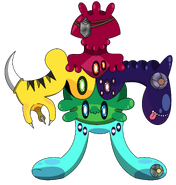