Jumpman is Mario, Luigi, and Daughter Julie's father (or early Mario), Pauline's first known boyfriend, Lady Julie's husband, and a character in The Original Donkey Kong. In canon, Jumpman is the Japanese name of Mario in his appearance in Donkey Kong. Jumpman name comes from the fact that Mario's original name was Jumpman. While Jumpman is technically fanon, people who use him place him in Donkey Kong as an explanation for the fact that the Donkey Kong in that game is Cranky Kong, who is very elderly when Mario is only 30.

His outfit consists of a blue shirt, red overalls, and a blue cap. This resembles the protagonist of the original Donkey Kong arcade machine. To differentiate him from Mario, fan appearances of Jumpman give him grey hair, and sometimes green eyes and blue buttons on his overalls.

Jumpman was supposedly the main antagonist of Donkey Kong, although there are conflicting sources as to whether the character we know as Mario is supposed to be Jumpman. The biggest source of confusion comes from Super Mario Odyssey, which treats the character as one and the same through Pauline's quiz in New Donk City.

However supposing that Jumpman really is a separate character, this would place the timeline a bit back as Cranky Kong was supposedly the Donkey Kong we see in the game, and that Donkey Kong Jr. would have had a son who became the present Donkey Kong later. The game revolves around Jumpman's pet ape going crazy and kidnapping his girlfriend Pauline and going up a construction site, where Jumpman has to save her. Donkey Kong is defeated at the end and the two lovers reunite.

This is entirely speculative fiction at this point, but if Jumpman was supposed to be a separate character, he would have not appeared in anything in canon since Donkey Kong Jr.. This is possibly because Mario took up the mantle that he did and he retired into a quiet life. He might also possibly be Mario's real father, although this is unlikely as Mario's parents lived in the Mushroom Kingdom (as evidenced in Yoshi's Island: Super Mario World 2). Likewise, this would also suggest that Pauline is Mario's mother, but this is unlikely as Pauline does not hint towards a maternal relationship in her later appearances. It is safe to say that Jumpman is not Mario's father, but in that case, what is he?

Jumpman is known as a very nice guy to those who stay on his good side. However, if you mess with him or his friends and family, he will hold a grudge on you for your whole life or at least until you apologize. He can be kind of forgetful from time to time, likely because of his age. He is a retro gamer, owning a NES, Gameboy, and SNES and the entire libraries for those consoles. He has no interest in modern consoles.

He also appears a downloadable character in Ultra Mario World.

An artwork of Jumpman with a B-Dasher has been released hinting that he may appear in Mario Kart 9.

Jumpman has been confirmed to appear in Mario Generations. He is unlocked by completing the "50m" stage. His gameplay is like Super Mario Bros. 2, with some added Donkey Kong tweaks.

Jumpman appears briefly on the Donkey Kong stage in Super Smash Bros. Endgame. He appears in all meter levels where he is seen jumping over barrels and damaging players with his hammer. Jumpman does 14% damage to characters when they collide with him. Jumpman with his hammer does 39% damage and high knockback. When Jumpman touches a barrel, a new level commences.

Jumpman will make an appearance in Silver Spurs Omicron: Echoes of Disaster, and the writers have stated that there will be a "rather interesting twist" on the rumors that he is Mario's father. 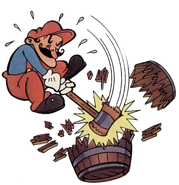 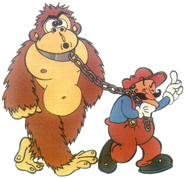 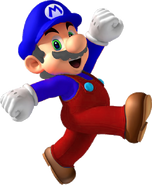 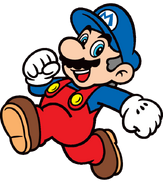 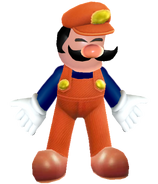 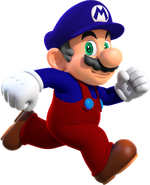 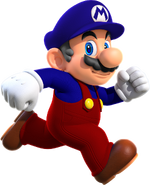 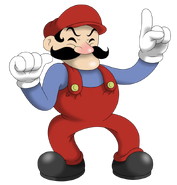 by faren916 of DeviantART 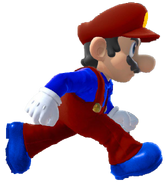 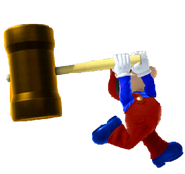 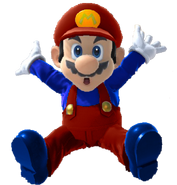 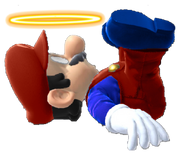 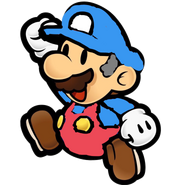