Jonathan Alexander Michael Jerome is the main character of Double J RPG. He has the ability to product electricity to attack enemies and he carries a backpack with him to store a wide selection of items. He is very lazy as shown in Double J RPG where he is shown always lounging around and also has the second lowest stats for strength and stamina in the game just passing his little cousin Joey. He makes up his lack of strength and stamina with his excellent ability to store a great amount of SP and his excellent defense. He is weak to Rock Enemies and Dark Enemies but can easily injure Metal Enemies such as Robots.

John makes his debut in Double J RPG. In this game, he faces off into battle with a powerful being with nothing but his friends, electrical powers and a backpack full of items. In the game, John hears about the Witch Gypsy's plans to take control of Utopia City, John's hometown. John gets his backpack on and heads off to fight to save his city with his friend, Damian. Once at the Witch's lab, John is hit with a magic spell that gives him the element of electricity. After the Witch Gypsy is defeated, John thinks that nothing else is wrong and continues his average life, but little does he know, a darker entity is sucking up the world into darkness. While babysitting, John hears about the news and assumes the Witch Gypsy is behind it. After heading off to fight her again with a new recruit, Joey McBoo, she will admit she didn't start this and that she is trying to fight this dark mysterious man too. After more discussion, John lets Witch Gypsy join his party and will head off to find the true evil.

In the prequel to Double J RPG, John Jerome and his friends travel to the long hidden universe created by a magical immortal named Merlin. Once the Witch Gypsy takes over the power of the elemental universe to take control of the mortal universe. John goes to stop the Witch Gypsy and bring peace to both worlds. Although in Double J RPG, John only has the element of electricity, he can control multiple elements in this game such as fire, ice, water, earth, wind , ect. He uses the elemental magic in the world to reach the Witch Gypsy. Near the end of the game, John is kidnapped by the Gypsy and the other heroes must use the last of Merlin's magic to save him. Once he is saved, the Witch Gypsy uses the DNA she stole from him to create an evil shadow clone of him. He defeats his evil twin and then can control the last element in the game and only time he can use this element in the game, the element of Darkness. In the end, John and his friends defeat the Witch Gypsy, save Merlin's lost world and is permanently given the element of electricity. 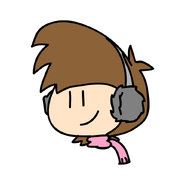 Retrieved from "https://fantendo.fandom.com/wiki/John_Jerome?oldid=1721832"
Community content is available under CC-BY-SA unless otherwise noted.