Samurai Jin, more often called Spook is a playable character in Doom Dome Battle and a boss character in its sequel.

Spook, as he is randomly called by everyone, is a ghost who was formally known as Samurai Jin. He was the last of an ancient samurai clan, but unfortunately died without ever having a child. His spirit gets disturbed during the catastrophe and makes him realize that he has never passed on from this world. He goes on a quest to find out what is holding him bound to this place. With the words of his ancestor Koh, the fight with Hapmon and the help of Gaz, he realizes he still felt shame over letting his clan die out, but that he just had to let it go and move on.

After moving on to the Afterlife, his ghost form reshaped into how he truly looked at the time of his passing. Although being at peace right now, he appears one time before Samurai Koh, who seeks him out for knowledge. Jin makes Koh battle with him to make him realize what his purpose is in this world. After Koh has accepted the wise words of his descendant, Jin goes back to his Valhalla.

In Doom Dome Battle, as a tiny ghost named Spook, he has a rather special fighting style. As he however high above the ground he is capable of dodging ground moves much easier and is even the best at it in the game. He is a rather slow fighter, but has strong staggering attacks to make up for it, and a decent defense. Most of his attacks involve using spectral ghost powers.

His Doom Attack is Legendary Awakening. In this attack Spook manifests the power to transform into his true spirit form of Samurai Jin briefly. He vanishes into thin air and the opponent is hit with multiple slashes. Spook appears once again as he opponent drops down. When it KO's their soul is absored with the final slash leaving their lifeless body on the floor.

As a boss in the second game, he mimics the fighting style of Samurai Koh, only retaining his slow and staggering style from the first game.

Samurai Jin is disturbed in his rest and awakens in Wildefort as a tiny Spook, the John Doe under the ghosts. He floats around the graveyard and is stalked by Samurai Koh while doing so and gets annoyed by him and thus fights him. After seeing his fighting style he asks if Koh is from the Shinrin clan, to which Koh is surprised if it still is alive these days. Spook explains he was the last member and the clan died with him, but now has hope the clan can be rebuild now that Koh is in this time period. Koh promises he will do it and keep their honor alive, while Spook goes on to find his unifnished business.

Spook makes his way to the shrine where he spent a lot of time and there he encounters Rokukai and Prince Bucksalot. They are frightened by the ghost's appearance and fight him. Spook calms Rokukai down and says he is here to find something to move on, but sees his shrine is now a toursit attraction. Rokukai explains he is looking for his mother and Spook joins him hoping he finds his unfinished business along the way. He leads Rokukai and Prince to the museum where special artifacts are stored and his mother perhaps may be.

Once they arrive there they fail to find the box Rokukai's mother is locked inside of but instead disturb King Hapmon in his sleep and are forced to battle him. After defeating him they head outside and are confronted by Mephistopheles and Gaz and battle them as well. After the battle the group splits up and Gaz wants to help Spook move on. Gaz and Spook head to Hendrick's Manor where Gaz knows is a special sword stored there. Once inside they encounter Hendrick who tells that Sue Mary just has been killed by a ruthless monster craving for blood. Gaz says he will handle it in return for the katana in his home. Hendrick relectantly complies and so it is done. Gaz and Spook leave with the katana. Outside Gaz hands the katana over to Spook who transforms into Samurai Jin's spirit once again and thanks Gaz for helping him find peace.

Samurai Jin then heads to Samurai Koh's dojo after everything is done to thank him as well and wishe him good fortune on rebuilding the clan.

He appears as a boss in the second game, appearing for Samurai Koh who is trying to rebuild the clan.

In this alternate future, Spook never managed to move on and instead found himself trapped inside of a pirate ship, currently haunting it. When encountered by Alpha he requests her to get something out of the shrine of his hometown that will help him move on hopefully, although he can't remember what it is. Alpha goes to the shrine and fights the body of Samurai Jin, possessed by a demon, there. Alpha retrieves the only thing that remains, his katana, and returns it to Spook. He sees that this is the artifact he needed to move on, but lends it to Alpha on her quest to defeating Fuhrer Pyrotic and putting an end to all of this. 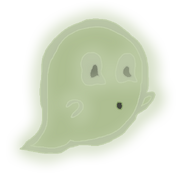 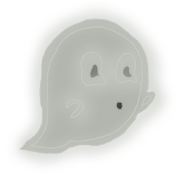 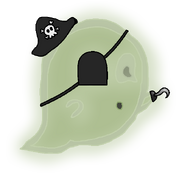 Alternate Costume: Pirate Ghost (He also appears in this form in Mission Alpha)

Beta alt
Add a photo to this gallery
Retrieved from "https://fantendo.fandom.com/wiki/Jin_Kazama?oldid=2553360"
Community content is available under CC-BY-SA unless otherwise noted.