Impa is the nursemaid to Princess Zelda and the last remaining person in the Sheikah tribe. She is seen throughout the Legend of Zelda series in different incarnations but she is best known as the Sheikah Bodygaurd. She is the Sage of the Shadow Temple, the Shadow Sage and is skilled at Martial Arts and Magic. She is a strong fighter and opened up Kakariko Village to the public.

Impa is one of the eight Legend of Zelda characters available from the start in the musical cross series Nitendo Wii game Super Nintendo Band!.

Impa makes her debut in the Mario Singalong! Series in Mario Singalong Legends! she tells Mario that the Music Doors are an ancient Sheikah invention and gives him the Mega Mic, a Sheikah artifact. To unlock her you have to complete Story mode at least once and sing "Jesus, Take The Wheel" by Carrie Underwood with Bowser Jr. in Karoke mode.

Impa is a playable character from Hyrule Heroes. She attacks with her Giant's Knife, and is also a pretty rounded character, but has more strength than Link or Zelda.

Impa is one of the default roster characters. 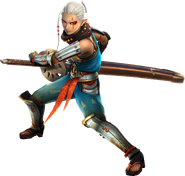 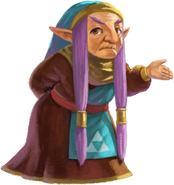 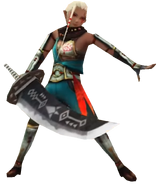 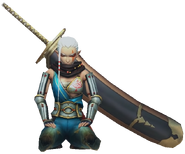 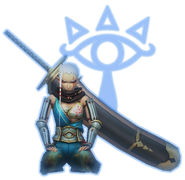 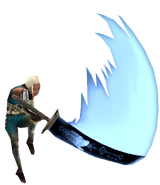 Add a photo to this gallery
Retrieved from "https://fantendo.fandom.com/wiki/Impa?oldid=2988360"
Community content is available under CC-BY-SA unless otherwise noted.