Hypnotize, or Hypnotize: Heavy Metal Fighter in European countries, is an original 2D fighting game developed by Illusion Works for release on the Pacifico and Aquarius platforms in 2017. The game focuses on a group of 14 characters, all with extraordinary talents which make them stand out from the rest of society. Through what seems to be a test for humanity, they have been presented with the task of competing in a heated fighting tournament, to decide which talents are truly useful to the new human race.

The game has a huge focus on communication, as you develop relationships with the other characters in the tournament as Aruna. While the game has a definitive and canonical ending, there are many ways which you can reach that ending, which changes depending on the order of knock outs. Your odds of winning the tournament can and will drastically change during the story, since when more threatening characters are eliminated you're chances increase.

The game has been rated "M" by ESRB and "18" by PEGI respectively, as the game has violence, fearful scenes and drug references. The game has been praised for combining a lot of elements into one title, without the elements feeling out of place or not really fitting into the game. The combat system shares a lot of similarities to the likes of Mortal Kombat, Dead or Alive and Street Fighter, but with some different tweaks to make the game seem less clone-like of others, and to give it a unique flare.

The game focuses on the cast of fourteen characters who have been specifically selected for the fighting tournament to end all fighting tournaments. All of the fighters are very experienced and are some of the best fighters in the world, making this tournament a very intense competition to compete in. The participants have to dwell on an island resort until the competition is over, and live in each other's company.

Every character has a theoretical "three lives" in the competition, and upon being beaten that many times, they are out. The fighters all wear a bracelet which indicates their battle status. It also emits a sleeping gas when the participant loses all their lives, and they are immediately relocated by competition officials so that they don't interfere with further battles.

The story focuses on Aruna, an upbeat and socialite in her daily life. Without her knowledge, she was somehow entered into a fighting competition, and due to her nature, decided to take it in her stride.

Hypnotize's prime gameplay is based on standard one versus one fighter games, like Street Fighter, Mortal Kombat, Dead or Alive or Skullgirls. The winning condition of the game is to defeat your rival, by using a varied combination of effective moves to whittle their health bar(s) down to zero. Upon reaching zero, the opponent is defeated, unless they activate their Astral Attack Stage.

There are some differences to this usual formula, such as your moves becoming stronger based on experience which you receive for using a move more times. The more times a move is used successfully, the more experience it receives to eventually level up, and increase its hit damage. You can also develop moves, and add extras to them to make them more effective. For example, you can change the material a weapon uses, or add status ailments such as poisoning, corrosion or burning.

Astral Attack occurs when a player has been knocked out. After the opponent is knocked out, or the final character before the winner in tag team stages, a coin toss takes place. The character has a 50% chance to return in their Astral form, which is like a ghostly form of themselves, and gain a new bar of health. This gives the loser a chance to knock out the opponent, however, if they are successful they don't win "winner" rewards, and instead ensure the opponent doesn't receive them. This doesn't affect experience or other things you would have received regardless due to participating.

Aura Burst is the first of three special moves exclusive to the characters of Hypnotize. Aura Burst occurs when a character achieves enough power in order to unleash it in a special move. Every character has one Aura Burst, which reflects their personalities.

Hypnotize Extraordinaire is the main mode of the game, and the story mode of the game. In this mode, you play through a story of the game where you follow the paths of the fighters as they strive to become the best fighter they can be.

Hypnotize Towers are ladder-like fights that you can participate in. You will face off against rapid-fire battles against other characters generated by the AI, and you must defeat the previous one to move onto the next one. Towers can range in the amount of opponents, but the more opponents you must defeat, the more rewards you gain.

Some Towers also reset if you lose a battle, which makes the stakes even higher when playing those harder Towers. Some Towers also include online fights which leaves the door wide open to how difficult the fight will be.

In the current version, there are fourteen playable characters. Every character has a speciality, referred to in the game as Deity Titles, which serve as an underlying theme to the character and help give players an insight into the character without having to play as them.

Every character will have a sub page for their move-set and other information, which you can view from clicking on their portrait below.

There are a ton of stages in Hypnotize. A lot of them relate to real life environments, which overall makes the game appear more realistic to view. There is currently an undetermined amount of stages playable in the game. So far, there are a total of 50 stages, comprised of 35 default stages, 10 unlocked stages, and 0 downloadable stages.

Hypnotize has been positively received thus far. The game was created on May 08, 2016, and is yet to be completed.

The old logo for the game.

The new logo for the game. 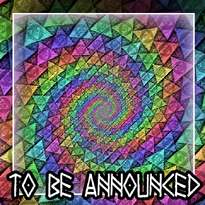 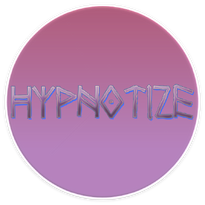 The cancelled sister game, Meltdown.
Add a photo to this gallery

Kodiak
Add a photo to this gallery

Retrieved from "https://fantendo.fandom.com/wiki/Hypnotize?oldid=3012611"
Community content is available under CC-BY-SA unless otherwise noted.