Hymns of Helios is a puzzle adventure game developed by Illusion Works for the Pacifico console, as well as smart devices. It was one of the company's first video games.

The game features Liana, who has woken up on a mysterious island with no recollection of how she got there. Simultaneously, there are four 'locals' determined to track her down and kill her.

The game opens with Liana attempting to hitchhike at the side of a desert-like road, with dust flying in all directions, making vision blurred. After a long time, a mysterious black limousine-like vehicle stops. Not caring about the mystery, Liana jumps in with glee. She takes a sip out of a martini on the table, and passes out. In the next scene, she wakes up dazed, not knowing anything or anyone around her.

Upon arriving on the island, Liana comes across a mysterious totem the size of her arm. She picks it up and stares blankly at it for a minute, before putting it back on the ground. After searching around some more, she finds another strange totem which is dyed the colour blue. She returns to the place where she found the first totem, and she finds it again, this time dyed the colour red.

She carries both of the totems in her arms until she finds a big statue, with three holes in. There is a girl with pink hair kneeling before the statue, and approaching with caution you attract her attention. The girl explains that she found a mysterious totem, dyed with the colour yellow. Erisi then states that the statue seems to have three holes, supposedly for the totems, but she couldn't find anymore on the segment of the island, until Liana came along with both of them in hand.

Liana and Erisi fit the totems into places on the statue, and a door opens up, allowing them to advance to the next part of the island. Erisi smiles for a short moment, before passing through the door quickly with Liana trailing behind.

Hymns of Helios shows a lot of similarities to other platforming titles such as Super Mario or Sonic the Hedgehog, but shows a darker tale in the story mode which works more like a visual novel with command prompts as opposed to a relaxed story.

A similar mechanic to that of Cabin Fever, Heartbeats represent the Heartbeat of Liana as she travels through the island. Your goal is to make sure that it doesn't go too high, otherwise she could suffer from a heart attack or other medical issues. When your heartbeat is high, it is best to try and find some place to rest up and become more energetic.

Crystals are a really important item group in the game. Whilst travelling, you may find several different types of Crystal, and when enough are collected they will be able to merge into a Prism Piece. It is stated in lore that there are nine Prism Pieces spread out across the entire island, and it is the job of the travellers to find them all. It is unknown what will happen when all nine prism pieces are together, but that just makes the job of the travellers more exciting and interesting. Below is a guide of all the prisms and where they are located.

The Island is the story mode of the video game, is a visual novel featuring the characters of Hymns of Helios as they explore the vast mysterious island they have been placed on, unaware of the existence of another seven individuals on the island, all capable of misdeeds such as murder.

Missions are the main objectives in the story. You'll be assigned missions based on where you are in the game, and you must complete them to ensure story progression. Between Missions, you can also explore the world at your own pace, as well as complete Side Quests set by NPCs in the game.

Side Quests are similar to Missions, however, they won't be mandatory to complete and they won't enable story progression. They are extra quests you can complete for extra rewards and to help you explore more of the world.

In Online, you can view the statistics of all your friends and other people across the world. You can see when your friends are playing the game and their current whereabouts. If you join their server, you can play with them. You can only do this after you have completed the game for the first time. 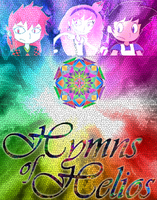 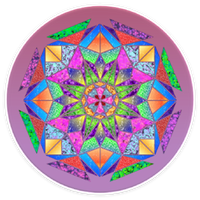 The Pacifico Application
Add a photo to this gallery

Retrieved from "https://fantendo.fandom.com/wiki/Hymns_of_Helios?oldid=3012201"
Community content is available under CC-BY-SA unless otherwise noted.