Hydro is a playable character in Sparkplug. Her job as a robot is to explore various underwater areas. She is powered by a miniature hydroelectric generator. This gives her various water-based powers.

Hydro is a quadruped robot made of light grey and dark grey metal. Her head is a prism with an oddly-shaped octagon for a base. Her face is a black screen with two eyes on it; these eyes are shaped a bit like H2O molecules, also making her look like she has eyelashes. Her body is, like her head, an octagon prism, but it is shaped closer to a normal octagon. The top and bottom part are made of light grey medal, while the connections between them are made of dark grey metal. She has three "fins", one on her back and two on the sides of her torso. There is water contained in the torso; you can see this because the front and back have glass around them. She has two pairs of dark grey trapezoids for legs, with light grey trapezoid feet with two dark grey claws on them.

Hydro is a character who is often curious. She loves learning more about what exactly is outside the robotic fortress Sparkplug takes place in. She has an interest in mythology and fiction, especially lovecraftian horror. She particularly loves stories about Cthulhu and related beings. She is a rather calm person otherwise. She generally acts as the "normal girl" when in a group.

Hydro is a rather balanced character power-wise, being quite fast, being decently strong and having decent survival capabilities to boot. However, she isn't particularly outstanding in any skill either. She is able to regenerate her metal skin, making her able to last for long times in battles. She has a variety of water-based powers as well, such as the ability to create exploding bubbles or making a pulse of water. Strangely enough, she is able to swim in the air temporarily. Compared to Mr. H20, whose water-based powers are more focused on approaching foes, Hydro's powers are more about making characters get away from her. 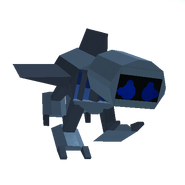 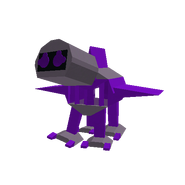 Poisoned Hydro, a skin of Hydro in Sparkplug. 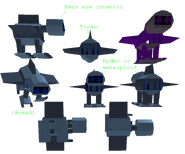 A reference sheet for Hydro, showing various angles of her. 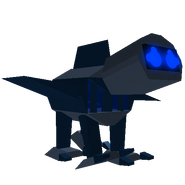 Abyss Hydro, a skin of Hydro in Sparkplug. 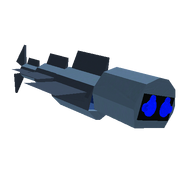 Hydro's Fish Hydro skin from Sparkplug.
Add a photo to this gallery

Retrieved from "https://fantendo.fandom.com/wiki/Hydro_(Sparkplug)?oldid=2634459"
Community content is available under CC-BY-SA unless otherwise noted.