Hybrid Fusion is a unique videogaming console developed by Hybrid Co. It features holography, giving the player the illusion that he's in the interior of the game, motion sensor, and 3D without glasses, just like the Nintendo 3DS and the Nintendo Wii. It was released 01/05/2011 worldwide.

The console is designed as a carriable crystal rhombus, which connects with others electronics, such as TVs, and automatically displays if powered. The higher the TV resolution is, the hologram is better, and the illusion of being in is greater. The crystal rhombus has the Hybrid Fusion logo in the bottom, showing the name of the handheld. To be able to see all in 3D, and like if you were in, you need to use the special Fusion Glasses.

The handheld features high-definition holograms, which create the illusion of being in the game, capacity to use the Wiimote and even the Fusion Controller, and much more. For example, the console can recreate the feeling of a jungle, with high-definition sounds of birds, splashs, and waterfalls.

The player can control the game with his own body, the Wii Remote, or the Fusion Controller. Some games can only be played with one of them, though. The console is retro-compatible with Wii and Nintendo 3DS games.

It can connect to electronics such as PCs and TVs, and display video in them. It can also reproduce DVD.

The Game Codes can be buyed in shops or in Internet. With these Game Codes, when you connect to the Hybrid Network, you can download the game you previously buyed, or even give it to a friend as a gift.

The console also features an icon-like menu, with customizable options. In it, there is one instant messenger to allow players to chat while playing, voice-talking system, and one news bar which shows the latest news on your nertwork or your console. For example, if someone in your Friends List has just connected, or has send a message to you, it will appear in the News Bar. The console also allows for sound recording and playing, recording videos and taking photos.

In the Hybrid Fusion, the Miis appear once again as fully customizable avatars of the user. These can be changed in clothes and so much more than in previous versions. However, the player can also choose an online image to be his online avatar, similar to what happens in forums.

The console features large disk space, with the most expensive edition having 500 Gigabytes and the lowest 150 Gigabytes. It can also connect to Internet, show high-definition graphics, and more.

The Online Hybrid Fusion Network is what the Hybrid Fusion is centered about: downloading, updating, giving, buying and exploring. With the Hybrid Network, you can play with your friends, chat with them, give them games as gift, receive updates for your games or system, and buy new games for your console. When you buy a game online, you need to put it in the console's hard drive. That's where the Online Hybrid Fusion Network takes part in the playing of the games, appart from the multiplayer cooperation and talk about exploring and features. 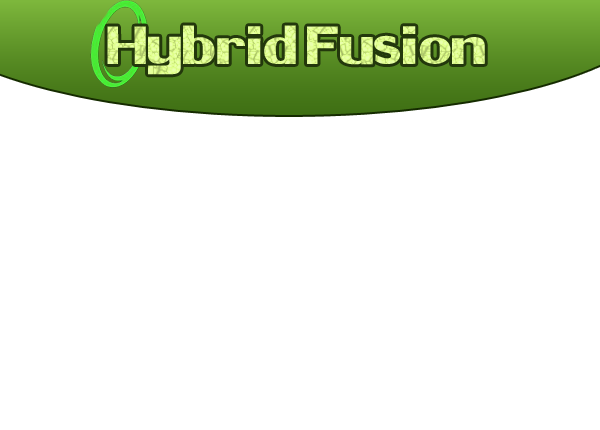 Retrieved from "https://fantendo.fandom.com/wiki/Hybrid_Fusion?oldid=3264989"
Community content is available under CC-BY-SA unless otherwise noted.