Start a Wiki
The Hammicube is a 9th generation console produced and manufactored by Hammy Games Inc.  It succeeds Nintendo StarGame and is to rival other systems, like the PS5 and the XBOX 1020.

It is unique as to play a game, you need to scan a tiny card with the Hammiscanner and then insert the data inside a little box on the side of the console which picks up the data and saves it to the console.  Each card holds three scannable parts unless said otherwise.  It has leaderboards in achievements, not very seen in other Nintendo consoles.  It also supports movies which can be downloaded via the Hammistic Network.

The system is portable as well but it runs on a twenty-four hour battery before it dies out.  It is therefore meant to be played in the house connected to the wall.

The console was first announced at E3 2018 when the Wii U was near ready to retire.  Games revealed included new Mewshi games and the Bowie series was announced to become one of the system's mascots, after a deal was made with Teddy Bear Enterprises.  The system was released in late 2019, four months before the Wii U went dead.  A prize given to its early buyers was a copy of AsheQuest, a spin-off of BowieQuest, and a new Mewshi game.  You also had free access to everything for a week before the system put everything on prices.  Those who joined early had unlimited access to the Internet however.

Every game is published by Nintendo while Hammy Games Inc. create the games. 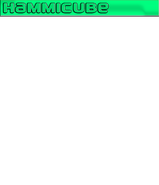 The template for box arts 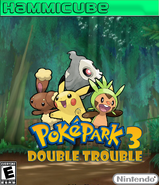 PokéPark 3: Double Trouble
Add a photo to this gallery
Retrieved from "https://fantendo.fandom.com/wiki/Hammicube?oldid=2074495"
Community content is available under CC-BY-SA unless otherwise noted.