Gumball is a 14 year-old blue anthropomorphic dog, who has long, shiny black hair, bright blue eyes somewhat similar to his fur and his fur coat is a light royal blue colour. Gumball doesn't wear any clothes although he has a pair of green and blue shoes that he wears similar to Sonic wearing his shoes. Gumball has a grayish-white stomach and Gumball's facial expressions usually show he is always very friendly, happy and kind which is reliable since that is his characteristics in the games. Gumball is an average height for his age and an average weight but he has quite long arms. Gumball has a small tail, but unlike Mint's it does not have a paintbrush on the end of it.

Gumball is a very happy, mature, smart, kind and reliable dog. He is very kind and nice towards his friends, rivals and siblings although sometimes cannot control his anger when something serious is going on. Gumball isn't as popular in classes, as Sunray or Candy, but still Candy likes him because of his personality. Gumball tends to be heroic although before he was told he was a Chosen One he never was heroic or strong, he actually was quite shy. Gumball mostly gets his personality from his mother as said in a game news magazine, in which had a profile of Gumball. 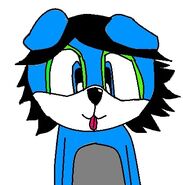 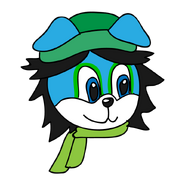 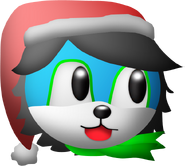 Add a photo to this gallery
Retrieved from "https://fantendo.fandom.com/wiki/Gumball_Chewers?oldid=3193127"
Community content is available under CC-BY-SA unless otherwise noted.