Fantendo - Game Ideas & More
Register
Don't have an account?
Sign In
Advertisement
in: Characters, What is the New Fantendoverse?, Fantendo Smash Bros. Nil,
and 11 more

View source
“If I eat this Turkey Leg, will I become Super Guap?”
— Guaptain

George "Guaptain" Gerald is the main protagonist in The Guap Squad along with being the leader of The Guap Squad. Him and the other 5 members are 12 year olds that stop evil. He was created by Green Productions and is their current mascot.

Guaptain is a very nice and caring person. He helps others if they are hurt, and wouldn't hurt an innocent fly. An evil Robo-Fly on the other hand, he'll shoot. He may be all nice around innocent and good people, but when he needs to be serious, he shows no mercy!

Guaptain is a 12 year old boy with blond, spikey hair, green eyes, a red shirt with a G, blue sweatpants, and black shoes.

Guap's ghost form has white, spikey hair with yellow highlights, green eyes, a red apron with a green G, and a white body.

Guaptain's first appearance is in The Guap Squad. He's the main character of the game, being the only one playable character on the first level in single player. He can use a laser gun to shoot enemies when he doesn't have any power-ups. His Special Move is eating a turkey leg and becoming Super Guap!

The Guap Squad 2: The Legend of Wild X

Guaptain is set to reappear in The Guap Squad's sequel as the main hero yet again!

Guaptain is set to reappear in Fantendo Fighters as DLC. He will use his Mini laser gun along with other items like the Bomb suit. He will also use the help of various shapes from the game. His Home Town will be Shape World!

Guaptain is set to appear in Fantendo Brawlers, using various items and shapes from his game.

Guaptain appears as a summoner and he appears with a shape, and does one of 6 random effects based on which shape appears with him.

Guaptain is set to appear as an unlockable character! He uses his laser gun and various shapes to change his stats. He can even summon Big Mouth to attack! He is unlocked by completing 10 matches

Guaptain is set to appear as one of the 12 characters to sign the contract in The Enigma Contract.He was killed by Ethan in Chapter 9

Guaptain is set appear as a hero in Dark Dreams.

Guaptain appears as a main character in Fantendo - The New Adventures! He seems to be a different Guap from the current timeline, as he is 11 years old. Of course, the show could also take place two years earlier.

Guaptain appears as one of the starting pilots in Fan-Zero, a Fantendo style F-Zero Game. He pilots the Guapcart. According to his Fan-Zero TV Interview, he joined the Grand Prix due to their being no current threats to the Shape World, and because he simply wanted some excitement.

Bob is Guaptain's best friend since Preschool. They are almost always together. They get along great and never fight (except for the time in 2nd grade when Bob stole his Apple Juice)

Joe is Bob's cousin, so he was forced to be friends with him. At first he didn't like him, but around 3rd grade he started to like him more as a friend, though he still finds him too loud sometimes.

Tim became friends with Tim in 6th grade. They are very good friends and loves playing DJ with him.

Andy was Guaptain's first friend. They were very close! Now, they seem to have a shaky relationship, usually being friends but occasionally mock each other.

Characters not in The Guap Squad 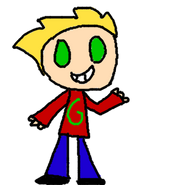 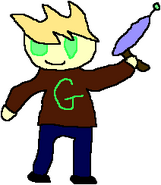 Guaptain's put on some weight! 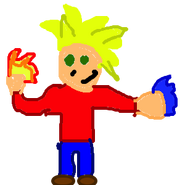 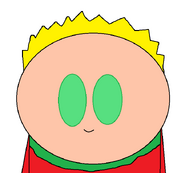 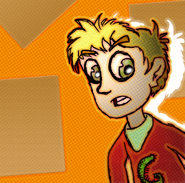 OH MY GOD IT'S MEGA GUAP! 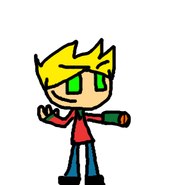 The outcry of Guaptain's death
Community content is available under CC-BY-SA unless otherwise noted.
Advertisement