Start a Wiki
Hey! This article belongs to Galactic Gecko (t∣b∣c), so please do not edit it without his permission! Thank you! 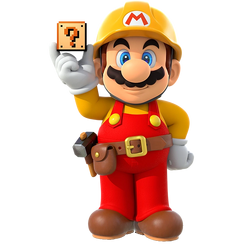 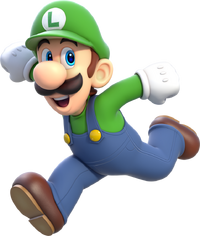 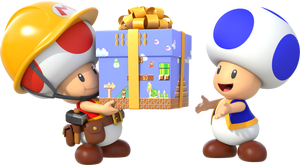 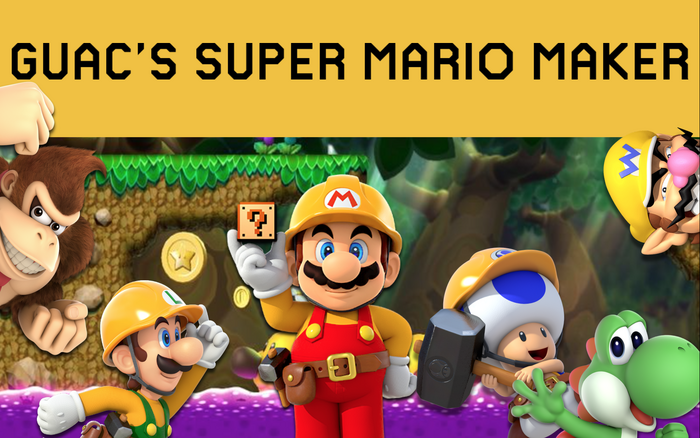 Guac's Super Mario Maker is a platforming and level creation game developed by Galactic Gecko (t∣b∣c) for the Nintendo Switch and Nucleo consoles, intended to be a successor to Super Mario Maker 2, if it was all directed by Guac himself. Because of this, the game has features that may seem odd or unlikely to be added in an actual game, making it a sort of spin-off.

GSMM's formula remains the same as last games, players are able to create and edit their own Mario levels in different styles spanning through games new to old, and in different biomes or themes. Players can fill up their levels with all sorts of elements, including enemies, terrain options, obstacles, etc. Levels can then be uploaded for other people to play in Course World.

Course World levels can then be either played alone or in multiplayer mode. Multiplayer allows up to 4 people to either race to the end of a random level, or cooperate in beating it. Multiplayer can be played locally an online, both with random people around the world or with friends in private rooms. However, the Yoshi's Island style isn't available for multiplayer.

Available in all Mario styles

Available in the Yoshi's Island style

Each level built needs a style to be based on, and GSMM offers a good amount of available styles, from games old and new! Each style has different graphics and mechanics, but some of them are so different than the others that they are placed on the Extra category. Making a new level on this category doesn't allow you to change the style without deleting all of your progress.

Super Mario Bros., although not the first Mario game, it did definitely set the standard for all future Mario games to come. Super Mario Bros. was released on 1985 for the Nintendo Entertainment System, and had pretty advanced graphics and gameplay for the time.

The SMB style probably is the most restrictive one in the game, as there are no fancy gimmicks or moves to be pulled out. Its exclusive power-ups are the Superball Flower and the Big Mushroom, and its exclusive theme is one based on Super Mario Land.

Playing in the SMB2 style doesn't allow for defeating enemies by jumping on them. Instead, Radishes need to be plucked out from Grass Patches, a style-exclusive item, and then thrown to enemies in order to beat them. Jumping on enemies will make flip them over for a few seconds, they can be picked up and thrown at other baddies in this state. Its exclusive theme is one based on the level 1-3.

Retrieved from "https://fantendo.fandom.com/wiki/Guac%27s_Super_Mario_Maker?oldid=3185031"
Community content is available under CC-BY-SA unless otherwise noted.