Fantendo - Game Ideas & More
Register
Don't have an account?
Sign In
Advertisement
in: That One Category With a Long and Uninteresting Name That I Do Not Wish To Remember, Unten, Robots,
and 4 more

Grimebots are mechanical foes utilized by Doomulus Grime in his nefarious schemes. They appear in many games as enemies that Unten must defeat.

Grimebots are among the most common enemies in the game.

Grimebots are the most common enemies of the Doomuli army. Some Grimebots carry tools and weaponry, which telegraph what skills they're capable of using. For example, a Grimebot with a wrench can repair fellow Grimebots to restore their health. There are also several "Grimebots" inspired by other Doomuli in design and skillset, like the health-sapping Risebots and the glass cannon Thaibots.

They are one of the first enemies encountered in Paper Unten. First found in Gumdrop Woods, they are also employed as guards at Grime's old castle. In this game, their stature is much lower.

Grimebots appear as common enemies in the game.

A Grimebot from the Prodigy series 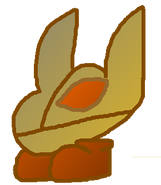 A Grimebot from Paper Unten 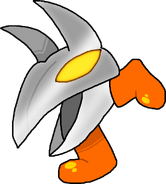 A Mini Grimebot from the Prodigy series

An Advanced Grimebot from the Prodigy series 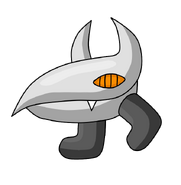