Greninja makes its second return to the Super Smash Bros. franchise in Super 5mash Bros. 5. Greninja returns with its water abilities and unique ninja like techniques as well as impressive jumping abilities. Greninja has been buffed slightly in terms of speed and air time making him an ideal for hit and run tactics and aerial surprise attacks. Aesthetically, it is modeled after the Pokken Fighters style.

A flourished remix of first 0:10 seconds of the song, "Kalos Region Theme".

Greninja's trophies can be earned by completing Classic Mode, Adventure Mode, All-Star Mode, and Boss Battle mode. In addition, further trophies can be found during matches and at the Trophy Shop. 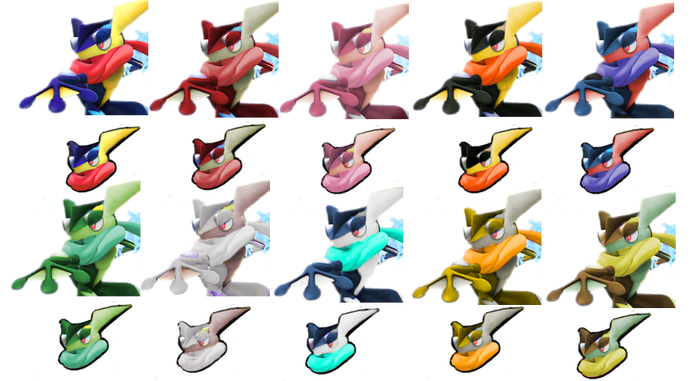 Retrieved from "https://fantendo.fandom.com/wiki/Greninja_(Smash_5)?oldid=2399548"
Community content is available under CC-BY-SA unless otherwise noted.