Gray Fox is the codename of Frank Jaeger. He first started out as a human and fought many military groups. He was used under the codename Null until Big Boss recruited him to his side. After his first death, Gray Fox was retored as a cyborg. He fought Snake once on Shadow Moses and then helped out his comrade by disabling a part of Metal Gear REX but then after being floored was crushed by Liquid Snake. 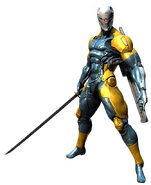 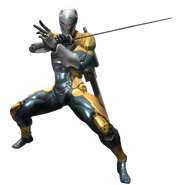 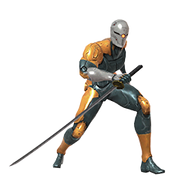 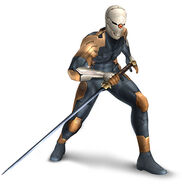 Add a photo to this gallery
Retrieved from "https://fantendo.fandom.com/wiki/Gray_Fox?oldid=2891673"
Community content is available under CC-BY-SA unless otherwise noted.