The Mario game Super Mario 3D World features Golden Mario, this is the first appearance in a video game to have Golden Mario. In the game instead of being a power-up, it is a character who will help Mario or Luigi through a level. He only appears if the bros. lost eight or more lives. The player has to talk to him in order to activate him. He will run through the mission showing how to get the Power Star. He will get a bronze Star instead of a Power Star. It won't count as a Power Star but will show in the mission selection.

In this game gold mario is a playable character. Gold Mario is not a power up in Nintendo Kart 3d.

Gold Mario is a power-up form in Super Mario Neptune. It has the same abilities as it does in New Super Mario Bros. 2.

This item can be used just in the Coin Races mode. In this game, the user of the item will be able to throw three golden fireballs. That fireball will leave a line of coins and if the fireball hits other player, that hit will throw five coins. 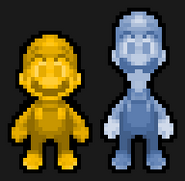 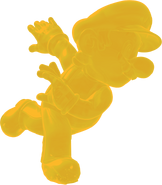 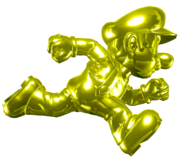 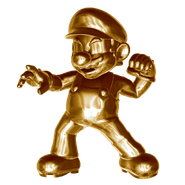 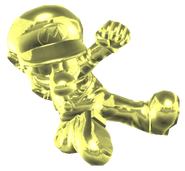 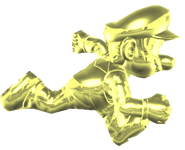 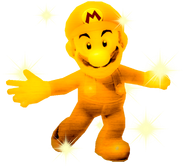 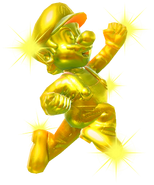 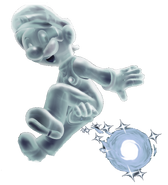 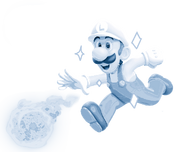 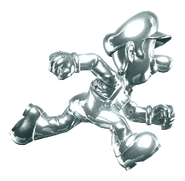 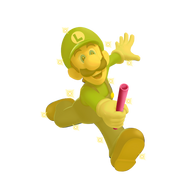