Fight against Glitchy Spaceships and other Glitchy Items in Different Places like Space or a Kitchen in a Story Mode, Amibo Challenges and a Classic Shooter Space Invader-like Arcade Mode.

Play Through 27 Stages, 4 Amibo Challenges [Nintendo Console Exclusive] and 5 Boss Battles to upgrade your ship to get better at defeating enemies and Glitches from 5 Different Worlds.

Play Through 5 Different Difficulties in endless waves in a classic arcade shooter style way in all the worlds from story mode.

Try to survive the longest or race to the end in this Online VS mode. (People you're matchmaked with will probably

The Winner gets +2 Win Points and the Loser loses 1 point in the mode's difficulty Point scale.

Try to Survive the Longest in Arcade Mode's each difficulty except the Tutorial against another opponent.

Try to go as fast as you can in a modified faster version of Arcade mode using Items to slow the other player down.

When you use the Yoshi Amibo in the Arcade Menu, you unlock a Powerup which you can use called "Yoshi Tounge" in Arcade Mode, which grabs the *GLITCHY* enemies and stuns them for 1.5 secs (10 sec cooldown)

When you unlock to World 2 (The Kitchen) and when you put the Yoshi Amibo on the adapter/joycon/New 3ds on the world map, you unlock a Yoshi Statue (Level/Amibo Challenge) above 2-2 which you unlock the Tounge Grab Attack from beating it.

You unlock a powerup which you can use called "Qbby Sheild", which is a square shield that you can use to block attacks for 7 secs (20 sec cooldown) [Disappears when It gets attacked 3 times]

Game's Splash Screen Before you play 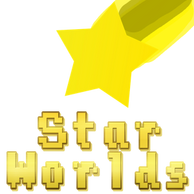 The Company who owns the game's Logo
Add a photo to this gallery
​​​​​
Retrieved from "https://fantendo.fandom.com/wiki/Glitch_Attack?oldid=2856035"
Community content is available under CC-BY-SA unless otherwise noted.