For the Fantendoverse τ version of this character, see here.

Glenster 'Navy' Salt, real name River 'Navy' Salt, is a biracial (Japanese-American and British-Italian) young adult who currently resides in Emarown. After being alerted through a strange dream that Glenn and three others are now the reincarnated of the Four Warriors from a Save Stone crashing through his window, Glenn's future is forever led off path and entangled with the forces of evil. He is the main protagonist of Glenn's Adventure, Four Warrior leader successor, and the co-leader of The Legacy, next to ally Vincent 'Alex' Halifax.

Glenn is optimistic and motivated to work hard to hopefully achieve his nearly unachievable dreams of success and someone with a golden heart. However, he always finds himself struggling whenever he's by himself as he unfortunately can be easily set off track. He has also found himself vulnerable to peer pressure in some situations, which most of the time leads him to doing something that he isn't comfortable with. Glenn can also become naive, short tempered and too cocky for his own good, under stressful situations.

Despite this, Glenn is always ready to get any jobs done or tackle any problems that face him, hoping that one day he will be able to overcome his weaknesses and finish his journey of self-discovery.

Glenn usually wears an unbuttoned blue cord shirt over a plain grey t-shirt with tight black jeans, with the end of his jeans curled up to not get onto his trainers, which are basic navy blue as well. His hair is always seen as overgrown, messy, and all over the place with the tips of his hair dyed dark navy blue. Rarely, Glenn wears rings and a bracelet on his hands. After the spirit becomes one with Glenn, Glenn receives the original reincarnate's birthmark and scars, giving Glenn a massive slash wrapping around his torso and a meteor shaped birthmark on his left shoulder.

Glenn switches from a cord shirt to a striped dark blue hoodie over a light grey t-shirt, keeping everything else. His hair is still overgrown but short and more kept.

Raised in Bridged, Nexonation, he was born into a family of the middle-class and grew up with one older brother and sister. Whilst 13, his parents were unfortunately killed during a shoot-out and he and his siblings were raised by Notsi Noikishi, the leader of the Noikishi Family, whose men had killed his parents. At 15, Industry members from the Hustrain family attempted to kill Glenn and his siblings, however one of the men turned and killed the other members before leaving. Because of this, Glenn alongside his siblings were sent to a youth prison originally for 7 years each, but were released early due to good behaviour. Despite that, Glenn wished to be like the man who saved his life.

After his tragic childhood, Glenn decided to move to Emarown with his youth prison cellmate Luke and house pet Duke. Although finding a job was hard due to his criminal background, he was accepted a job at a sandwich cafe however fired for unknown reasons, before finding a job at a local bar as a bartender.

With the Save Stone awakening Glenn's dorment Mystical Power, Glenn can either attack enemies with his different abilities, defend his team, increase stats or teleport to previously visited areas, based off a meter known as Brain Power, powered by age. In order to fill his meter, Glenn must either recover in a bed or eat some Mystical Fruit, found in strange places. After Misstical Mystery, Glenn uses Mystical Power to enhance his guitar playing skills.

When Glenn runs out on Brain Power, Glenn can use either his trusty pipe-wrench or dodgeballs. These weapons can be enhanced with Mystical Power however. In dire situation, Glenn always keeps knuckle dusters on him, as Glenn does not trust his real fighting strength to save himself.

Glenn has appeared in a variety of media. To view all of them click here!

NOTE - All appearences here are considered canon to Glenn's story.

Glenn's first adventure. After fusing with the soul of the Four Warriors leader from his Save Stone, Glenn must recruit the brand new Four Warriors in hopes of defeating an imminent threat, known as Misstical. Fortunately, The Legacy defeat Misstical. A few months after these events, The Legacy would temporarily disband to pursue other interests. 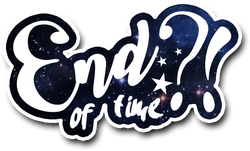 Taking place two years after the Misstical Mystery, Glenn is brought into the Last Existential Fun Fair by Demonio, believing that he is taking part in a competition, however is oblivious to The End of Time. After these events, Glenn would go into early retirement under a false name, in order to live a quiet life.

Coming out of early retirement, Glenn teams up with Vincent to reunite The Legacy to locate and neutralise a threat, known as Cynical. Unfortunately, The Legacy would fail defeating Cynical, and would eventually find themselves in the Fantendoverse Tau universe.

NOTE - These are Glenn's official designs, to see fan art and other designs, click here!

Glenn in Glenn's Adventure - The Void. Artwork by InstinctRiver (t∣b∣c), based of Glenn's appearence in End of Time.

Glenster in Τhe LEGACY. Artwork by InstinctRiver (t∣b∣c).
Add a photo to this gallery
Retrieved from "https://fantendo.fandom.com/wiki/Glenster_%27Navy%27_Salt?oldid=3318074"
Community content is available under CC-BY-SA unless otherwise noted.