The Glassbox is an unreleased home video game console created by Transparent Interactive. A first console prototype was unveiled at Fantendo Holiday Showcase 2015, at which time Transparent Interactive said it would launch in early 2016. However, due to unspecified issues in development and reocurring lack of sufficient funding, the project's progress stalled early on and its planned release had to be delayed repeatedly over a three-year span. In December 2018 Transparent Interactive postponed release for one last time to late 2019. However, in April of 2019 the company announced that all plans for Glassbox had been scrapped and the project had been canceled for good.

The console's prototype at FHS 2015 ran games in 1080p with 60 frames per second, with some but not all software supporting 4K UHD graphics and HDR. The console featured Wi-Fi and Ethernet connectivity, Bluetooth 5.0, a total of three USB 3.0 ports (two of which are on the front and one of which is on the back) and an SD memory card slot. Depending on the bundle purchased, the console had either 64 GB (Lite Bundle), 128 GB (Regular Bundle) or 1 TB (Pro Bundle) of internal memory, expandable via SD memory cards up to 128 GB and external USB hard disk drives up to 2 TB.

The console's controller was referred to as the ConPad and it connects to the console wirelessly. Its battery can be charged by placing it on top of the console using inductive wireless charging technology, but it was also possible to charge it with an AC adapter using the controllers USB Type C port. The controller supported motion controls via a gyroscope and an accelerometer and includes a touchscreen on the front. 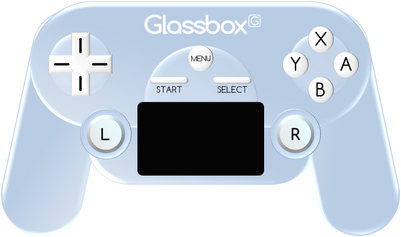 Control Elements
(Place your mouse pointer over an element for details.)

The Glassbox's system software was subdivided into 6 core areas, which are the following: 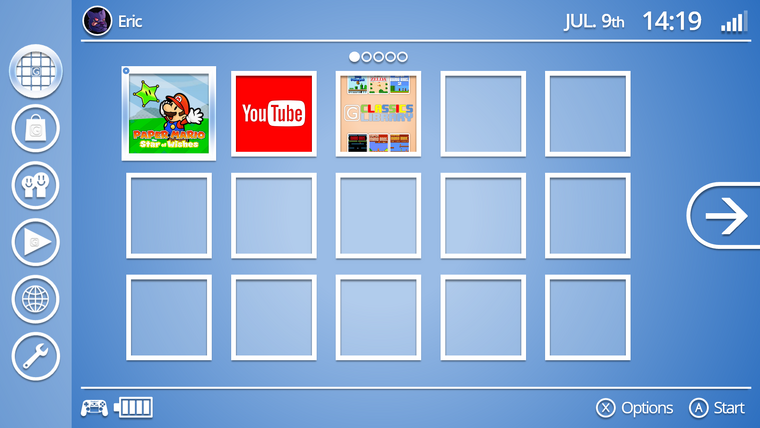 The Glassbox Menu was the system's main dashboard and allows the user to launch all installed software and navigate through the entire system. 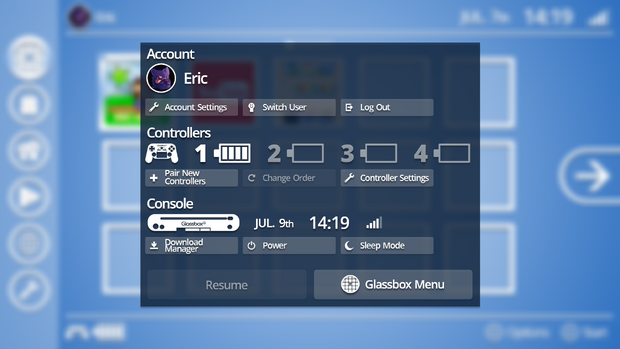 MENU Button. It displayed information such as date and time, wireless signal status, controller battery life and allows the user to enter account settings, controller settings, and data manager. The user may also turn off the console or put it into sleep mode. 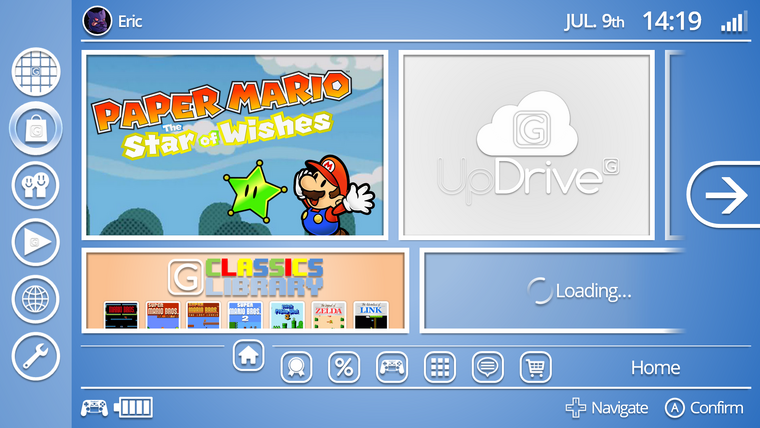 The Glassbox Store would have been the console's digital market place and allows the user to purchase and download a wide selection of software titles. Its use requires a Glassbox.net account. Most common payment options are accepted. 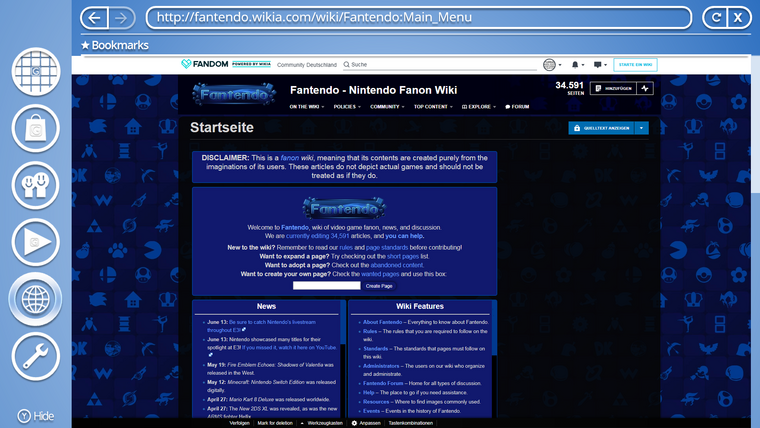 The Internet Browser has allowed the user to browse the web on their TV screen with the controller. 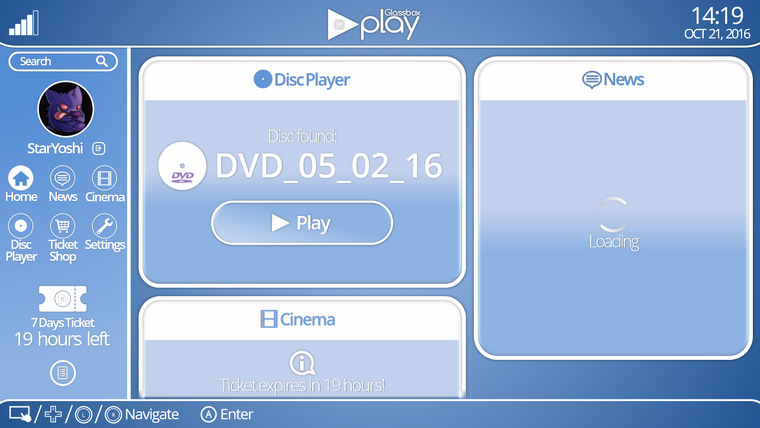 Play'd was the console's media library service which includes a media player and the possibility to use online streaming services such as TIs Play'd on Demand service, or third-party services such as Netfix, Amazon Video, Hulu and many more. 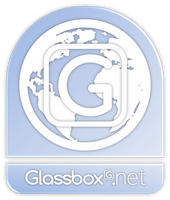 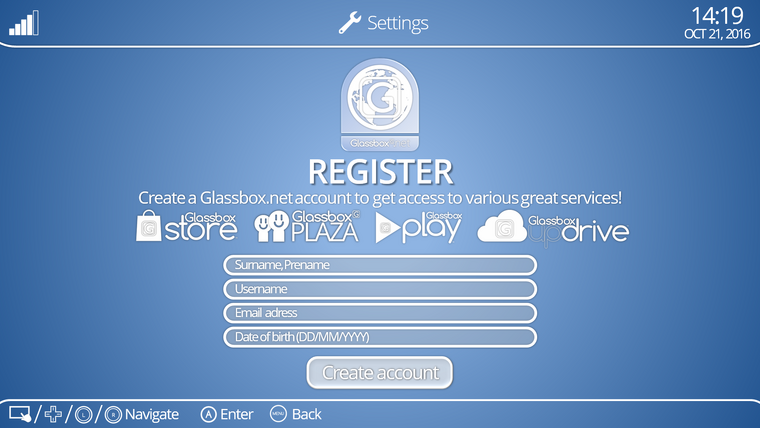 Glassbox.net was the console's planned online service which would have provided online functionality for supported software. 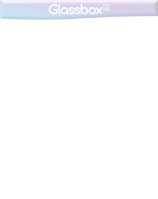 Console prototype from October 2015
Community content is available under CC-BY-SA unless otherwise noted.