Start a Wiki
Gilgamesh the Goblin is one of Several Nights at Fierce's animatronics. He is also known as AnimaProto, a prototype animatronic. He is the main villain of the series and the mascot of the third game.

Gilgamesh used to be the first prototype animatronic for Fierce's Foods. He was humanoid, and all of his parts were exposed, making him an endoskeleton. He has two robotic ears. He holds a lumberjack axe for some reason. One can notice many bolts and screws around his parts. His endoskeleton eyes glow red.

Gilgamesh is similar to AnimaProto in shape, but at first glance you wouldn't guess they're the same. He now has a grey suit, and his joints are hidden by figurine-like spheres. He seems to wear brown pants. He now has normal blue eyes instead of red endoskeleton eyes. His axe looks a little fancier. Only his endoskeleton neck is exposed.

Gilgamesh's withered design is an hybrid between his AnimaProto form and his normal form. All of his upper body's suit is gone. His leg and feet suit are still on but are cracked and withered. He appears very dusty in general. He looks pretty skeletal, having a spine-like torso. Both of his ears are gone, through some of his left ear stayed. Both of his arms are gone, but somehow, his axe is connected to the place where the right arm was and acts just like an arm.

Gilgamesh seems to be generally stronger then the other animatronics. He is both incredibly dumb (not knowing what a kid is) and pretty smart (beign able to code an effective virus). He is also pretty fast. Aside from that, he's also able to turn off cameras. Thanks to the virus he coded, he is able to control most machines, through some seem to be immune to these powers. As with other Fierce's Foods animatronic, he is surprisingly resistant and can survive many years without fully dying as shown in Several Nights at Fierce's 3. He seems to be sentient.

Gilgamesh had a personality ever since he was AnimaProto. He can very easily be disliked. He is arrogant and egocentric. He never admits his mistakes. By now, it is quite possible he does "evil things" intentionally. As Gilgamesh, he acts WAY too nice, to the point he's annoying, but is still the arrogant animatronic beneath the appearances. He is pretty violent as well. He seems to believe revenge is fair, but his revenges are usually even worse then what upset him. But he thinks it's "just". 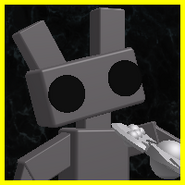 An adventure version of AnimaProto.
Add a photo to this gallery

A picture of Gilgamesh's original model. 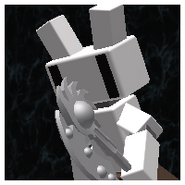 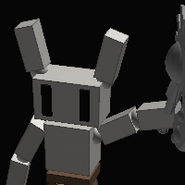 Another shot of Gilgamesh's original model. 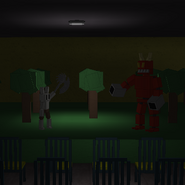 An old teaser for Several Nights at Fierce's 2 showing Gilgamesh and Richard.
Add a photo to this gallery 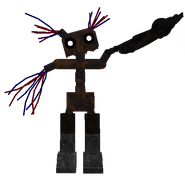 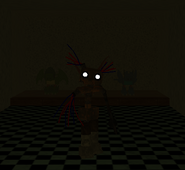 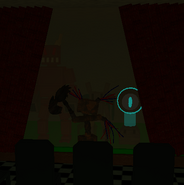 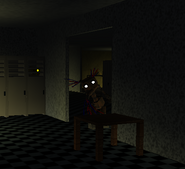 Withered Gilgamesh in a room. Milly, another animatronic, can be seen on one of the lockers here. 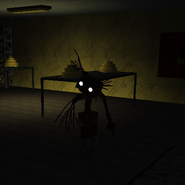 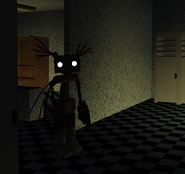 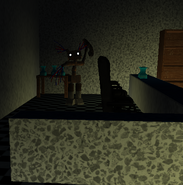 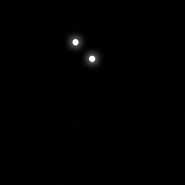 Gilgamesh in a old teaser for Several Nights at Fierce's 3. Note that the teaser is too dark for him to be visible, through he can be seen when brightened. 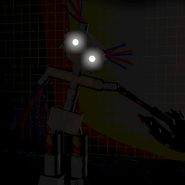 A brightened version of the previous teaser. 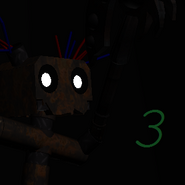 Gilgamesh in an old icon for Several Nights at Fierce's 3.
Add a photo to this gallery

Retrieved from "https://fantendo.fandom.com/wiki/Gilgamesh_the_Goblin?oldid=2036522"
Community content is available under CC-BY-SA unless otherwise noted.