Ganondorf is a playable character in Super Smash Bros. Calamity. Like how Link and Zelda are names given to many incarnations of their respective characters in different timelines, Ganondorf is the name given to the male Gerudo who is recognized as the Great King of Evil. Ganondorf is the primary antagonist of the majority of the Zelda games, wanting the full Triforce for himself, as he only has the Triforce of Power, which gives him great power and durability.

Ganondorf uses his laughing SFX during his on-screen appearance.

Ganondorf's down taunt can be held down so he can do a powerful downwards slash with it, similar to Marth's, Roy's and Ike's side smash. The move is very powerful, especially at the tip, where it deals high knockback and flame damage.

Ganondorf's aesthetics are altered to be more inline with his magical warlock theme.

The fist hitbox of forward aerial and forward throw produces a darkness effect, while back aerial produces an electric effect.

Back aerial and neutral attack now use the same "punch" SFX used for his side taunt.

His sidestep and rolling dodges are now traditional sidesteps, and Ganondorf flickers and glows purple during his intangible frames.

New up tilt, an electric stomp, which, while not being a powerful move unlike his previous up tilt, is faster and is still one of the strongest up tilts in the game.

New down smash, a powerful, dark-infused punch to the ground, creating a dark shockwave. It is stronger than his former down smash and instantly hits on both sides, though it is slightly slower.

New neutral special, Drift and Dead Man's Volley, based on one of the attacks he does in his boss battle in The Legend of Zelda: Ocarina of Time. While being weaker than Warlock Punch, but it can be used to reflect projectiles and float while in midair.

Gerudo Dragon is combined with Flame Choke, and can be performed when the special button is held down or tapped when he is dashing forward. 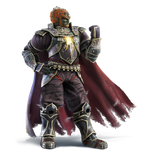 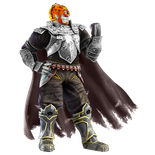 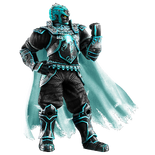 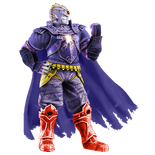 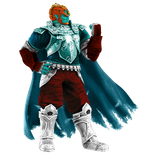 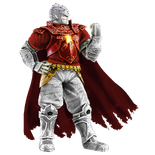 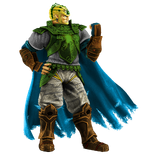 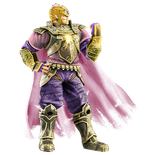 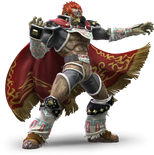 Retrieved from "https://fantendo.fandom.com/wiki/Ganondorf_(Calamity)?oldid=2721213"
Community content is available under CC-BY-SA unless otherwise noted.