Game Freak: Legend of the Sea (Game Freak 2: Ocean Legends in PAL regions) is the second game in the Game Freak series made by Leading Games. It is an adventure/strategy for the Nintendo Wii. The game was released in September 2011, due to it being the creator's birthday. It's gameplay is a lot like the Super Mario games.

After the events of the first game, Jake took a little break from playing "The Game". However, after a month, Jake's brother, Jordan, played "The Game". That's where the game starts: as Jordan and Jake (who was watching) both get sucked into the game.

When the two boys get into the game, they don't get transported to the area that Jake did in the first game, they got transported to Pixel Harbour, a harbour on the edge of the country. Pixel Harbour has been taken over by HAX and his minions, and some of his new friends. Jake and Jordy then go off and try to find Bob, Boeb and the rest of the gang.


Like the prequel, there are many areas in "The Game". A map is shown below. 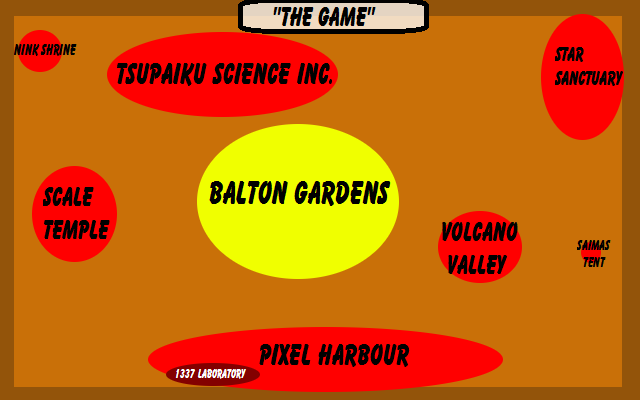 Retrieved from "https://fantendo.fandom.com/wiki/Game_Freak:_Legend_of_the_Sea?oldid=1331348"
Community content is available under CC-BY-SA unless otherwise noted.