Start a Wiki
The Frog Suit is a power-up in the Mario series. Its first appearance was in Super Mario Bros. 3 and later in New Super Mario Bros. Wii: All-Star Quest. When Mario uses this power-up, he becomes Frog Mario. While in Frog form, Mario can walk on water and jump higher than usual. If Mario stops walking on a body of water, he will fall in. Like the Penguin Suit, the Frog Suit gives Mario enhanced swimming abilities. He can also spin to get a speed boost that can defeat tough underwater enemies, like Urchins. On land, Frog Mario is able to stick on walls and crawl on them for a short amount of time. Frog Mario can also throw lillypad-like saucers at enemies.

The Frog Suit reappears in the New Super Mario Bros. Wii: All-Star Quest game. It is a common item in World 3. In the CO-OP mode of the game, only Mario is able to use this power-up.

The Frog suit, like most old power- ups is back in New Super Mario Bros: 3. Like in the original, Frog Mario has enhanced swimming abilities, and can jump high on land.

With this suit, the "player" can swim fast and jump high too like Super Mario Bros. 3. 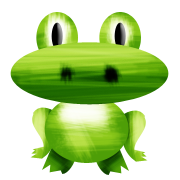 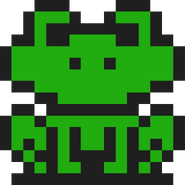 The Frog Suit's appearance in Super Mario Maker 2.
Add a photo to this gallery
Retrieved from "https://fantendo.fandom.com/wiki/Frog_Suit?oldid=3184944"
Community content is available under CC-BY-SA unless otherwise noted.