This article is about Fox McCloud. For other uses of McCloud, go here.

Fox McCloud (Japanese: フォックス), originally Fox McLoud[1], is an anthropomorphic Fox, and the leader of the mercenary group known as Star Fox. Although he is sarcastic and slightly rude, he has a strong sense of justice, and is always there to help the Lylat System. He makes sure what is best for his crew, no matter what. Fox does have a soft side, as he holds romantic interest in Krystal, but keeps this to himself. He and Star Fox rival with the notorious Wolf O'Donnell, leader of Star Wolf.

After the Aparoid Invasion, Fox still continues as the leader of his team. While he still wants to fulfill his duty, he secretly longs to settle down with Krystal. Fox´s courage and true nature are put to test when he learns about the real way his father got killed, as well as arguing with his teammates. However, he eventually manages to keep the team´s friendship in tact, and defeats his enemy. After this, General Peppy Hare awards him with a Medal of Honor, along with his teammates. He also marries Krystal, but promises to fight again whenever the Lylat System is in peril again.

Fox is confirmed to appear in Super Smash Bros. Revolution. His role in Story Mode, the single players, is unknown, although he and Falco have been seen leaving the Great Fox.

Fox is a returning veteran in SSBUF. He confirmed to appear on May 25, 2018 along side the rest of the original 8. 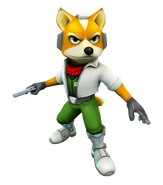 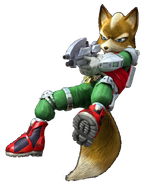 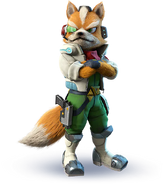 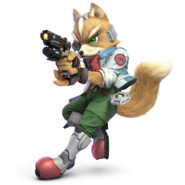 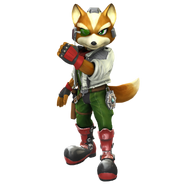 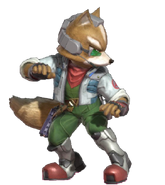 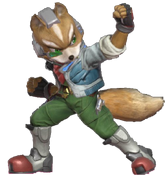 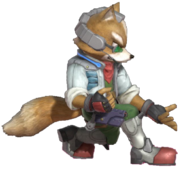 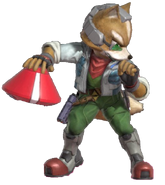 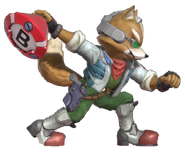 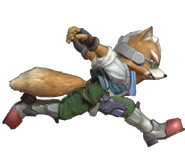 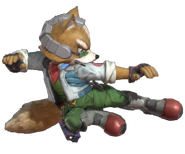 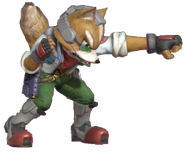 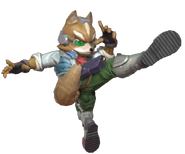 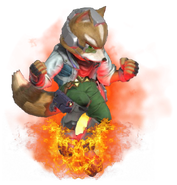 fox as a buildable figure