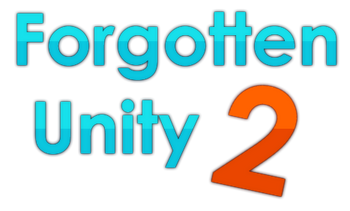 Despite focusing on one character, there is still a multiple-plot setup, much like the first story, but the bulk of Forgotten Unity 2 is about the trials Nick goes through to reunite with Megan and finally return home.

Retrieved from "https://fantendo.fandom.com/wiki/Forgotten_Unity_2?oldid=894630"
Community content is available under CC-BY-SA unless otherwise noted.