Start a Wiki
Forest of the Sockops is a 3DS game made by Poisonshot. It stars Kuribo, a sockop, which used to be a minor enemy in Mario and Luigi: Inside Bowser Story.

The intro starts with Kuribo living a normal life in Dimble Woods, except a giant machine could be seen from a distance, which made most Sockops worried. Soon enough, one noticed it was coming closer and closer. However, this was gonna be a terrible day for the Sockops, because the mecha had reached the woods. Troops were coming out of the legs of the mecha, and they started taking over the area for themselves. The sockops didn't like this and tried to attack, but the troops weren't affected and decided to counterattack. Kuribo, as well as some of the resident creatures ran away, while some continued fighting.

While running away from the troops, Kuribo trips on a root. He looks behind him, only to find out the root is in fact a Lurkroot, a race of root-like creatures. The lurkroot asks him if the sockops were attacked by "that giant machine". Kuribo nods, as the lurkroot says the place where it lives was also attacked. It introduces itself as Racine. Kuribo says to her they should try to find his leader to see if he is ok, and Racine agrees. They find two split paths which should lead to the home of the Kuribos. One is short but hard to cross and one is long but it easy to cross. Racine says they should go through the hard path, but Kuribo chooses the easy path. Racine sighs and follows him anyways.

After walking through the Woods and occasionally taking out a few machines, Kuribo meets his king, which has been brainwashed and enlarged. It proceeds to attack Racine and Kuribo. Kuribo wonders what to do, but decides to attack King Sockpuppet in hopes he comes back to his own self. After some fighting, King Sockpuppet shrinks. He then snaps out of his sudden evilness, wondering where he is. Kuribo explains he was brainwashed by the machine, and that lurkroots were also attacked by the machine. King Sockpuppet says that they should try to see if other tribes of monsters were brainwashed. The two others members of the group agree, and they go into an hilly canyon.

Kuribo and friends are walking in an arid place with lots of rocks in it. They wonder if the are safe in there. A cyborg wasp with glowing eyes attacks them, giving them the answer to that question. They dispatch it rather easily, then it's machinery explodes. It's eyes suddenly stop glowing, and it suddenly asks where it is. Racine says he was attacking her friends, and that he's in a rocky desert. The wasp wonders why he would do such a thing, and why would it be here, before flying away. King Sockpuppet comes to the conclusion that he was brainwashed by the machine, and that more of the wasps were brainwashed. Kuribo decides that they should help free the wasps.

After adventuring through a desert and a canyon, the team enters a cave, only to find out it is invested by wasps. Racine even suggests they might've accidentally entered the wasps's hive. King Sockpuppet attempts to run away, only to find out the entrance was blocked by a rock. They find out they are forced to advance through the cave, needing to defend agaisn't the thousands of robotic bugs living there.

After fighting waves agaisn't waves of wasps, Kuribo and his friends find the wasp queen, equipped with a lot of machinery. She attacks them, making them fight. After a tough battle, the team wins, and the queen self-destructs. The wasps panic at who is going to control them, now that they are no longer under control, but then, a new queen emerges from her cocoon, making the wasps cheer in joy. The bugs allow Kuribo & co to leave the cave, letting the team enter a cold, creepy forest...

If the player has collected no Puzzle Pieces:

Kuribo is shown on a black background. He seems ashamed, possibly because the player didn't collect any Puzzle Pieces.

If the player collected 1 to 10 Puzzle Pieces:

A planet is shown and has a giant black flag with POWCR's head on it, implying POWCR managed to rule the world despite his defeat.

If the player collected 11 to 30 Puzzle Pieces:

If the player collected 31 to 50 Puzzle Pieces:

If the player collected 51 to 69 Puzzle Pieces:

If the player collected 70 to 89 Puzzle Pieces:

If the player collected 90 Puzzle Pieces:

Forest of the Sockops is a 3D platformer with four playable characters, two of which are unlockable. The game can be played in Multiplayer with friends. Most characters have 10 hit points.

Each worlds has ten Puzzle Pieces hidden in it, excluding Acid Castle. While they don't affect the gameplay in any way, it allows the player to get better endings depending on how much of them are found. The game has an health bar, meaning you need to be hit at least 10 times before beign KO'd. You can boost your health if you find a hidden Sockop.

You can defeat enemies in several ways. You can use a character's power to do so or you can jump on them depending on the enemy.

Each world is split in three sections. 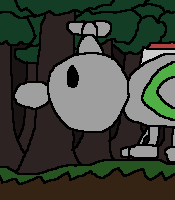 This is a simple stage with few enemies. It introduces few gameplay mechanics. Occasionally, players way see Wiggler Statues with buttons on top of all of it's segments. Jumping on all of theses will make the wiggler statue ram into a wall, breaking it and opening up a path. The stage takes place in a calm forest, where you can occasionally see ruins. 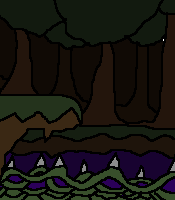 The stage introduces the game's habit of confusing you with it's obstacles. It takes place in a swamp with with poison and thorns on it. While these may seem dangerous, it is actually harmless to go on them, and it is required to do that for a few sections. It contains more enemies then Section 1, through.

This world's Sockop is found here. It is hidden in a secret passage that can be found down a destroyable rock. It's name is Shoecop, a reference to the beta player character. 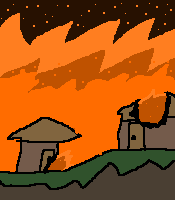 This stage takes place in a burning village, presumately Kuribo's and the other sockops. There are a lot of enemies in the stage, but most of them are weak. The stage is rather flat with few holes in it. Occasionally, there will be fire in the way, which you can avoid by jumping.

King Sockpuppet is the first boss in the game. He is an enormous sockop. He attacks by ramming on his foes at quick speeds. Trying to jump inside of his "mouth" will also do damage. Occasionally, he puts Honey behind him. To defeat him, you must jump on his eyes 5 times, or attack him a lot. Overall, he is an easy to beat boss which usually won't give you much trouble. 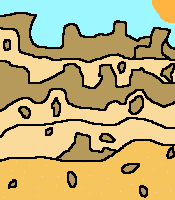 This area takes place in an desert with lots of rocks and hills. There are an average amount of enemies.  Holes are somewhat common, so avoid them. Some of the holes may need the use of the Winged Chestnut to cross. 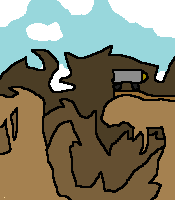 This section of the world is an actual canyon. The stage is very long for it's world, but there are minecarts the player can ride to speed up the way. The Winged Chestnut becomes more important, with more puzzles involving it. There is water in a small portion of the stage near the end, introducing players to water mechanics. 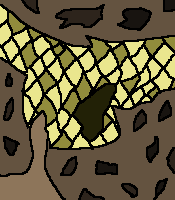 A cavern which also serves as the wasp's enormous hive. Some parts of the stage take place in a honey-like substance which slows down the player. Various kinds of Wasputers are found everywhere here. The Winged Chestnut is less important, but still needed for a few areas and can also be used as a shortcut.

A Sockop can be found here. It can be found by attacking the wall behind the second honey patch. It introduces itself as Jugemu and thanks the player for saving it. 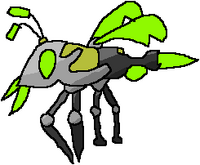 Queen Isate-Pari is the queen of the Wasputers. She marks a difficulty spike, as she is much harder to beat then King Sockpuppet. Firstly, she flies instead of beign on the ground. Secondly, she has a lot of HP and her only weak spot is very hard to reach. Racine and King Sockpuppet will have an especially tough time agaisn't her, as they can't reach her until she attacks. Her attacks include swooping down as you, stabbing the player with her two front legs, stinging the player character and biting them. King Sockpuppet can attempt to jump on her weak spot to do a lot of damage, but Racine doesn't jump high enough to do that.

Fire Kuribo.
Add a photo to this gallery
Retrieved from "https://fantendo.fandom.com/wiki/Forest_of_the_Sockops?oldid=2510385"
Community content is available under CC-BY-SA unless otherwise noted.