Fantendo - Game Ideas & More
Register
Don't have an account?
Sign In
Advertisement
in: What is the New Fantendoverse?, Groups, Organizations,
and 4 more

The Flame Thralls consists of only four members (Alicia, Harper, Amber, and Micah), a ancient group with their numbers dwindling and dwindling. Facing extinction, the four women are looking for ways to save their race of humans with dragon blood, a feat that may require some devastating side-effects. The group worships the Grand Dragon Siffindoss, their father who is gravely ill and insane with the effects of Rot.

They are located within a chasm under Noah and have a variety of abilities allowing them to travel the world in relatively quick time. Their goals range from trying to cure Siffindoss of The Rot, repopulating their species via devastating means, or carrying out whatever Siffindoss requests of them. They lay dormant in a deep sleep now, but it won't take much to awaken them...

The Brand of Flame 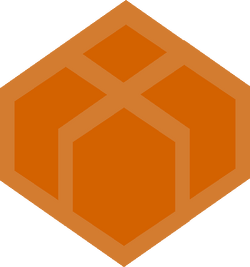