Flame Chomps (also called Fire Chomps) are airborne Chain Chomps that have fireballs for tails. They first appear in Super Mario Bros. 3, normally in sky levels. They fly around Mario, attempting to hit him with the Fireballs that make up its tail by spitting them at the plumber. If all of its fireballs are used up, it will begin flying around Mario faster while flashing, exploding afterward. Unlike Chain Chomps however, Flame Chomps can be defeated with most attacks, including jumps and Fireballs from Fire Mario. 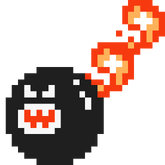 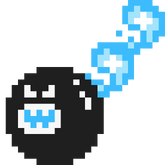 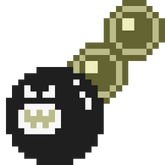 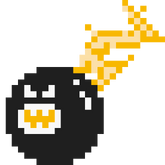 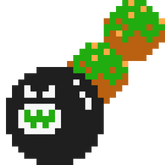 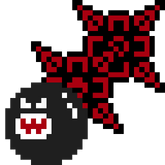 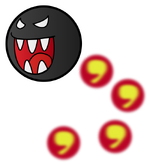 Add a photo to this gallery
Retrieved from "https://fantendo.fandom.com/wiki/Flame_Chomp?oldid=3283437"
Community content is available under CC-BY-SA unless otherwise noted.