FSOF 2 Is a point-And-Click horror game by Awesome Austin and LegendaryIce, which is a sequel to the original Five Splats on Freddy

50 Years after the originsl Splatty Pizza Parlour was exploded, due to the extremely advanced technology in there, and if one peice of technology explodes, the rest of the technology explodes, resulting in the whole parlour combusting in flames. Unfortunately, Olivia's boyfriend (Owen Octoling) was in the parlour at the time, as well as Inkling Boy. Owen died, however Inkling Boy did not somehow. Owen was attempting to make a truce with the Inklings at the time, so it makes you wonder: was it really an accident? Olivia's going to find out the terrible terrible secrets the parlour holds, when she eliminates every last creature that tortured her kind, now at the age of 67.

It is roughly 50 years after the original game, and the location Olivia is in is several locations. Now 50 years later, they have a whole chain of different restraunts, owned by the previous owners of the original restraunt (Splatty Pizza Parlour). Now each of the owners are currently in charge of several individual restraunts, each owned by the same company, Splattertainment. Inkling Girl owns an improved version of Splatty Pizza Parlour, Inkling Boy owns Splatty Amusement Park, Sheldon owns Inkopolis Defense Tower, Callie and Marie own Squid Kid Club, and Annie and Moe own Inkopolis Mall.

The game takes place in inkopolis, which has been taken over by "Splattertainment". You travel from each night via a world map, very similar to the world map seen in Super Mario Bros. 3. You travel from location to location, since each night you go to a different place, making the gameplay unique each night. Night 1 is Splatty Pizza Parlour, Night 2 is Splatty Amusement Park, Night 3 is Inkopolis Defense Tower, Night 4 is Squid Kid Club, and Night 5 is Inkopolis Mall, all of which are owned by Splattertainment. You're goal is to survive until 6 am, and by nights end you must kill the owner of each establishment in a minigame.

On Night 1 you go to Splatty Pizza Parlour. The owner of Splatty Pizza Parlour is Inkling Girl. She knew you snuck into the establishment, and so she knew she had to kill you. Olivia has been having a shortage of magenta ink, so she only preserved enough to kill all of the 5 creatures. Because of this, Olivia doesn't have any bombs to throw to distract inkling girl so you must distract her some other way. You do this by turning on select lights in certain rooms, that will distract her from coming to you. You do this by using the control panel to turn on the lights. However, the lights will drain if you leave them on in one room for a while, causing you not being able to turn on any other lights for 15 seconds, so you must turn on lights in different places (nearby eachother) quickly to win. Spamming lights will also cause them to drain power as well, so don't do that. Also, at night you can only turn on one light at a time. It's even more of a challange, due to the map being shaped as a maze. Right before Owen died, he recorded messages of him saying the weaknesses of all the locations.

"Hey Olivia, I know you're worried about me going on this mission to gather information about their companies, but I'm fine, don't worry. So I visited that new Splatty Pizza Parlour. It's been crazy improved. The layout is like a large maze, and at night they barely have anything to tinker with except for.... light control. Due to how dim the light system was at the previous location, they made it so that you can turn on one light at a time in each room. Now, I don't know if you remember but Inkling Girl seems to get very distracted easily, so you should use those lights to your advantage. If you leave one light on in one place for a while, or you spam the lights, the lights will go out for about 12 seconds. Use them strategically ok? I'm gonna settle down for the night, I miss you. Night."

Brow Boy in the Main Hall 1 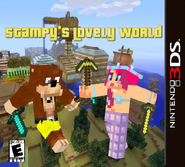 Hidden FSOF 2 footage!
Add a photo to this gallery
Retrieved from "https://fantendo.fandom.com/wiki/Five_Splats_On_Freddy_2?oldid=2064411"
Community content is available under CC-BY-SA unless otherwise noted.