The Fire Flower is an item in the Super Mario series of games. It enables the user to shoot fireballs. Its first appearance was Super Mario Bros.

The Fire Flower's appearance has changed much throughout the ages. The original look was a blue version of the current appearance without the eyes. It then changed into a tulip-like flower with happy eyes. Now it has the appearance shown in the image. In the Super Smash Bros. series it looks like a red daisy.

In most games, the item will allow the user to shoot fireballs at enemies. In the Paper Mario series, when used the Fire Flower causes fireballs to rain down on the enemies. In the Super Smash Bros. series the user picks the flower up and uses it to shoot flames, similar to Bowser's fire breathing attack. In The Begining of the End it is used to power Mario's N64-Fireslinger blaster. And in some games you only get it for 20 seconds like Super Mario Galaxy.

The Begining of the End

In the game the item is used to power Mario's N64-Fireslinger blaster. Fire Flower Orbs, the ammo packs for the Fireslinger, are crystal balls containing the current version of the fire flower. Dried fire flowers are also used for creating smoke screens to avoid battle or to make quick escapes. The boss Flora is also based on a fire flower

The Fire Flower lets you throw fireballs for a few seconds. If a foe gets hit by a fireball their butt goes on fire and they drop their coins. You can also do a Fiery Slam Dunk, which has more power than a normal slam dunk.

It works the same as in other Super Mario Bros. games. There's potions that upgrade Fire Mario's fireballs

The Fire Flower is first unlocked in Grassland Getaway, and allows the plumbers to shoot fireballs that melt ice, break targets with a flame-symbol on them in order to unlock secrets, and of course defeat enemies. It also grants the player protection from fire-attacks, lava, and poison, but also slowly decreases their health if used underwater, and makes them even weaker to ice-attacks. Mario's fireballs shoot straight forwards with no other effects, Luigi's fireballs can be angled in any direction and bounce off of walls, Wario turns into a fireball himself and launches in any of eight directions, and Waluigi's fireballs can home in on enemies.

The Fire Flower appears in Super Mario Moose as a power-up. Like in previous games, it allows the player to throw fireballs.

The Fire Flower returns in Super Mario Moose Deluxe, where it works the same as in the previous game.

The Fire Flower is a returning Bros. Attack, this time being one of Mario's Bros. Attack, which uses up 4 Bros. Points. It is obtained by finding all 10 Attack Pieces in Craggy Desert. It acts similar to how it did in Mario & Luigi: Dream Team, and is powerful against ice creatures.

The Fire Flower returns as one of the many items of the game. 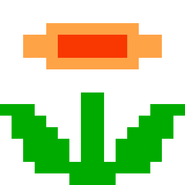 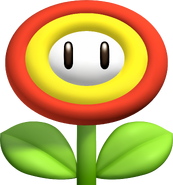 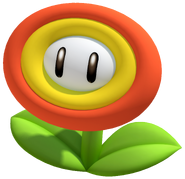 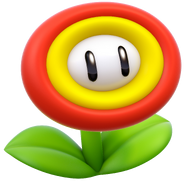 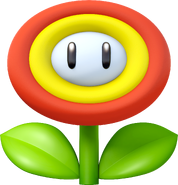 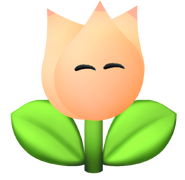 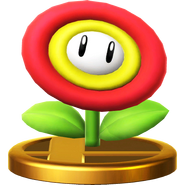