A rereleased version of the 3DS title Fire Emblem Awakening, featuring new modes, new support conversations, updated graphics, and more! The story follows Prince Chrom of the Halidom of Ylisse and his companions as they struggle during a turbulent era. Players are able to combine the might of nearby allies using Pair Up and enter dual battles using the Dual System to defeat enemies. The traversable world map, last seen in Fire Emblem: The Sacred Stones, and special skills like Astra from Fire Emblem: Radiant Dawn return. This game also features a playable character that can be customized, a feature last seen in Fire Emblem: Shin Monshō no Nazo ~Hikari to Kage no Eiyū~.

Controls had to be reformatted for the VRaptor controller. 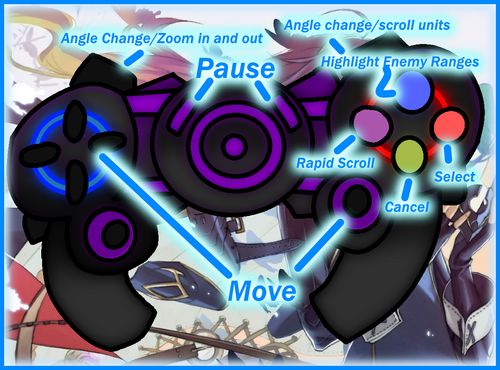 Changes Made to Gameplay

This difficulty removes supports from the game entirely. This makes certain sections of the game harder, as you can no longer pair up characters or receive help from them. The storyline will make random pairings for you (except for the avatar character) so that you can still get most of the children characters. However, Morgan is impossible to get in this mode.

If Lucina is with the player's party, the player can replay missions and obtain party members they may have missed out on getting the first time. This comes at the cost of 1,000 gold, which increases with price depending on difficulty.

All DLC missions are included with the full game. This includes all the Spotpass Quests (which show up just before the last chapter in the main story mode) and the Xenologues (which are scattered out a bit in terms of when they show up).

Changes Made to Story/Characters

All the old supports are added in with some new conversations. Notably:

amiibo were created for this game specifically. The function in this game is to save the stats of the character so you can add them to someone else's game or add them to another save of yours. The amiibo will save these stats so long as they are not overwritten by another game.

Tharja
Add a photo to this gallery 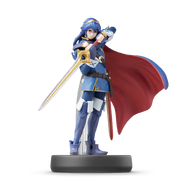 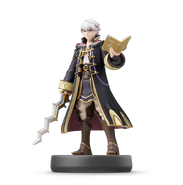 Retrieved from "https://fantendo.fandom.com/wiki/Fire_Emblem_ReAwakening?oldid=3211037"
Community content is available under CC-BY-SA unless otherwise noted.