Start a Wiki
The Fantendo Stream is an eighth generation console that was released on August 4th, 2014 worldwide. It is created and distributed by Fantendo and is in direct competition with the Wii U, Xbox One, and Playstation 4. The main feature of the console is to stream games onto it's controller, which possesses and HD high-quality screen. Because of this, the system bundled with one game and one FanTouch controller will be $399.99, or £249.99.

There are three types of controllers for the Fantendo Stream, which are the FanStream (Wii U Pro), FanMote (Wiimote), and FanTouch (Gamepad). 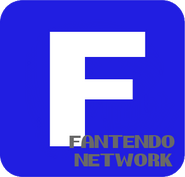 Fantendo Stream consoles.
Add a photo to this gallery
Retrieved from "https://fantendo.fandom.com/wiki/Fantendo_Stream?oldid=3064694"
Community content is available under CC-BY-SA unless otherwise noted.